Former Brazil international Ronaldinho, who is being held in a Paraguayan jail for using a falsified passport, is being investigated for additional crimes, the prosecutor leading the case said on Sunday.

Osmar Legal did not clarify what the crimes were but told the Brazilian news site Globoesporte that "there are indications that other crimes were committed" by Ronaldinho and his brother and business manager, Roberto Assis.

Sergio Queiroz, the lawyer representing both Ronaldinho and Assis, did not immediately respond to Reuters' requests for comment.

However, Queiroz told reporters earlier in the day that the case presented so far was only about the adulterated passports, and he refused to talk about "suppositions" made in the press.

"The case as it was presented is clear," Queiroz said.

"There is no other point being investigated, you can see that there in the documents." 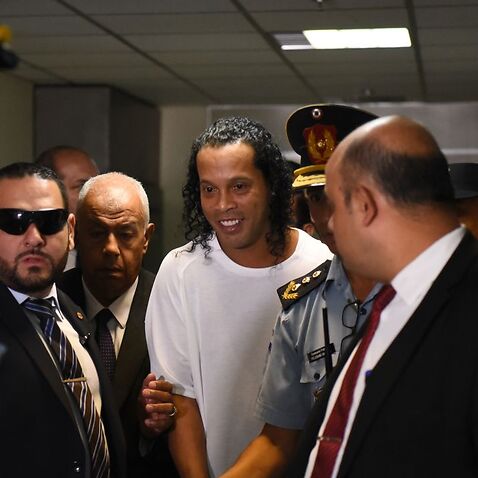 He called the brothers' detention "arbitrary, abusive and illegal".

"They confessed that they used these false passports," he said.

"But there was no harm done to the Paraguayan state.

"Roberto and Ronaldinho did not know that the passports were irregular. And they cooperated fully with authorities."

The brothers were remanded in custody on Saturday after being caught trying to enter Paraguay using the doctored travel documents.

A judge ruled them a flight risk and said they must remain in jail while the investigation takes place.

Under Paraguayan law, officials have six months to complete their enquiry.

The pair spent Friday and Saturday night in a jail cell in a maximum security facility.

Sunday was visiting day at the prison and Globoesporte said Ronaldinho had remained inside his cell to avoid the attention of families and children visiting the other inmates.

Ronaldinho, who was last year named a tourist ambassador by Brazil's far-right government, was invited to Paraguay by a local casino owner and arrived on Wednesday to take part in a soccer clinic for children and a book launch.

He was greeted at the airport in Asuncion by throngs of fans.

Although he last played professionally in 2015, Ronaldinho is still hugely popular with global football fans for his skills and showmanship.