There are many questions heading into the 2021 J.League season: How will having 22 teams and four relegated affect the action? When will all the foreign players have arrived in the country? And could Ange Postecoglou’s Japanese title dream be dashed by Mitch Langerak?

Such a scenario is not impossible.

The Australian goalkeeper is a vital part of the Nagoya Grampus team that has, along with Postecoglou’s side, genuine ambitions of lifting the trophy.

If the shot-stopper continues in such fashion in 2021 then Nagoya will be harder to beat than ever. Assuming the defensive solidity endures, then there are two questions that will be of concern to Italian coach Massimo Ficcadenti: Does the team have the firepower to get the necessary points? And, even though the squad has decent depth, can it handle the twin demands of Asia and Japan?

The answer is probably not, though if Langerak can match last season's heights then Nagoya may come close.

Yokohama F. Marinos don’t have such concerns about goals or schedules.

The fixture list was so packed that Yokohama’s usual high-intensity game struggled to stay in top gear - as the boss admitted.

“What I found last year especially, you can kind of rotate the front half of your team and still sort of get some stability and consistency in results but if you have to change centre-backs and defenders regularly, you're going to struggle,” Postecoglou, who is set to start the new campaign with three at the back, said in a fascinating interview on Stats Perform. 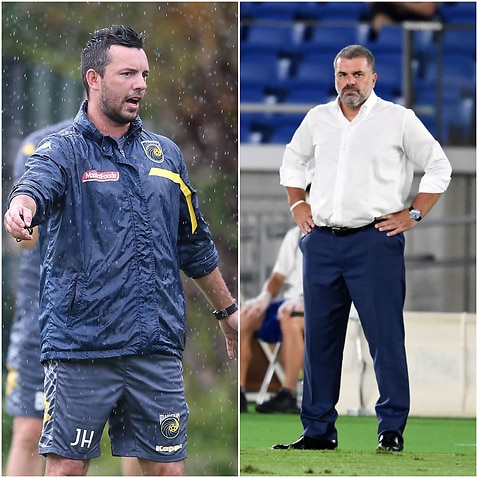 “That's definitely where we struggled last year. I don't think there was more than half-a-dozen games where we had the same centre-back pairing and goalkeeper in a row because of the injuries we had. We conceded a lot of goals.”

Manchester City fell off the pace last season after their title win in 2019 but have recovered in style. The former Socceroos coach will be hoping that what happens to one member of the City Football Group stable can happen to another.

It won’t be easy given that there have been a lot of changes - with the Brazilian contingent leaving - and it seems that Postecoglou losing his assistant to another Japanese club is becoming an annual occurrence.

A 38-game season will challenge the hard-working team but will still be easier than last season.

It should be safe to say that Yokohama will finish higher than ninth, will be exciting, score lots and concede a fair amount with a new-look defence and the lack of a top-class goalkeeper. 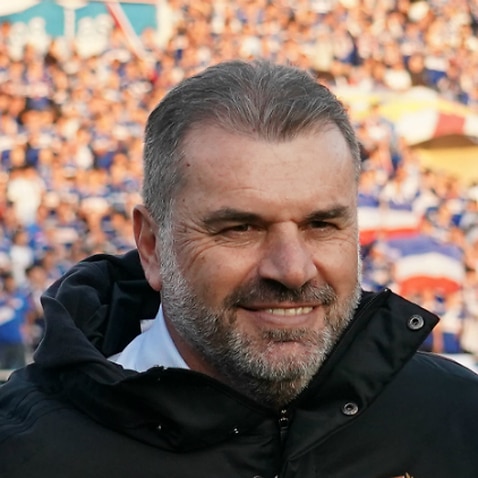 It is questionable whether the team has the consistency to finish first and even if that groove can be found, getting above Kanagawa rivals Kawasaki Frontale (opening game opponents on Friday) will still be tricky.

The runaway champions of 2020, when they recorded a record points total, are still the team to beat.

What may help others is that Kawasaki have been frustrated at their past continental performances and Postecoglou would not be alone in welcoming a Frontale focus on Asia.

And what of Cerezo Osaka - a team that finished fourth last session despite the lack of a recognised goalscorer?

That issue has been solved with the addition of Socceroo Adam Taggart.

The big question initially is, however, when the 27-year-old will be able to actually start his Japanese career.

The travel restrictions in place mean that a number of foreign players have been unable to enter the country.

Once Taggart, far from the only new signing in a busy off-season, comes and gets going then Cerezo will not be far away but there are questions defensively.

It may not be in the best interests of the team, who have never won the title and famously threw it away in the last minute of 2005, to get through the AFC Champions League playoff and into the group stage even if coach Levir Culpi, back at the helm for an incredible fourth spell in charge of the club a full 24 years after his first, may not agree.

At one time it would have been impossible to discuss the title without including Urawa Reds - home to another Socceroo Thomas Deng - in the conversation but a tenth-placed finish in 2020 was about right.

A new coach has arrived in the shape of Ricardo Rodriguez and it should mean a more coherent and pleasing style but even so, it is a big step up for the Spanish boss who impressed in taking Tokushima Vortis into the top tier last season.

Deng had a solid first season just north of Tokyo with plenty of playing time and he should enjoy life under the new coach.

There have been plenty of changes in personnel though and it may take time for the team to find their feet especially with star Brazilian striker Leonardo leaving for China. Mid-table beckons once more.