Italy moved top of Nations League Group A1 heading into the final matchday as a Jorginho penalty and Domenico Berardi's late goal sealed a 2-0 win over 10-man Poland.

With coach Roberto Mancini isolating after testing positive for COVID-19, his team turned in an accomplished display in Reggio Emilia as they extended their unbeaten run to 21 matches.

Jorginho's 27th-minute spot-kick proved crucial, with the penalty awarded for Grzegorz Krychowiak hauling down Andrea Belotti, whose earlier venture into an offside position had cancelled out Lorenzo Insigne's would-be opener.

Though Belotti and Nicolo Barella squandered chances to add to Italy's lead, Poland's comeback hopes all but ended when Jacek Goralski received a second yellow card, with Berardi subsequently adding gloss to a dominant display.

Italy thought they had their reward for a bright start when Insigne drilled in from Barella's cross, only for the goal to be disallowed due to Belotti's position.

Yet the striker swiftly made amends by drawing a clumsy foul from Krychowiak, with Jorginho coolly sending Wojciech Szczesny the wrong way.

Belotti looked set to double Italy's lead only to volley over after latching onto Insigne's delightful pass, while Barella lashed over following the restart. 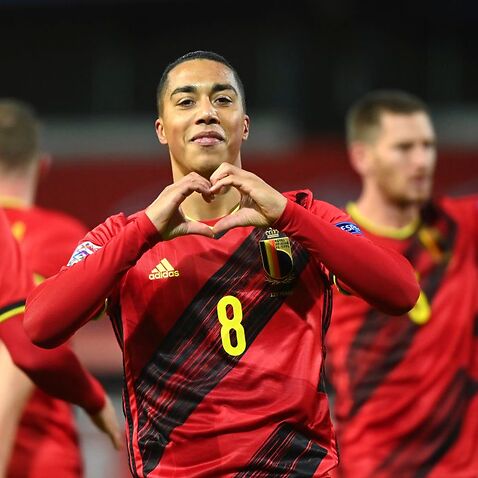 Goralski was fortunate to escape with a booking for a lunge on Belotti, with Poland's half-time substitute having flown in with his studs up, though his luck soon ran out.

After Belotti had a penalty appeal for handball dismissed, the Torino player was scythed into by Goralski, who duly received his marching orders to end a dismal cameo off the bench.

Italy made their numerical advantage count to grab a deserved second – Insigne playing in the unmarked Berardi to thump in his second international goal.

What does it mean? Italy close to Finals berth

Italy lead the way with nine points from their five Nations League fixtures, though the Netherlands (eight) and Poland (seven) are also in with a chance of qualifying from the group.

The Azzurri travel to Bosnia-Herzegovina needing a win to guarantee their place, though a point would be enough should Poland and Netherlands draw.

After misses against Liverpool and Krasnodar, Jorginho has been taken off Chelsea's penalties. However, he displayed his set-piece quality with a typically composed finish.

His effort brought up Italy's third successive goal from a penalty – after Vincenzo Grifo and Riccardo Orsolini struck from 12 yards out in a 4-0 friendly win over Estonia. It is the first time since at least June 2008, when Opta started collecting such data, that the Azzurri have converted three straight spot-kicks.

While the wild and rash Goralski, who was booked for both fouls he committed, hardly helped Poland's cause, their talisman Robert Lewandowski cut an isolated figure.

The Bayern Munich forward managed just one attempt throughout the entire game, a hopeful punt from close to the halfway line in the 88th minute. It was one of only two efforts Poland mustered, neither of which were on target, compared to Italy's tally of 19.

Italy go up against already relegated Bosnia-Herzegovina on Wednesday, while Poland host the Netherlands, who picked up their first win under Frank de Boer on Sunday.