Roberto Mancini took over Italy's national team with the Azzurri at their lowest ebb. Absent from the 2018 FIFA World Cup after failing to qualify for the first time since 1958, Italy required a rebuild, with Mancini trusted to be the architect.

To use perhaps the most exhausted of cliches, Rome wasn't built in a day. But, at the Stadio Olimpico on Thursday, Mancini saw his efforts in reconstructing this perennial power of international football bear fruit as Italy became the first team to book their place in the last 16 of Euro 2020.

Following a dazzling performance in the tournament's opening fixture that saw them sweep aside Turkey 3-0 last Friday, Italy were similarly superb here, making light work of Switzerland as Manuel Locatelli's double sealed a triumph by the same scoreline.

The contrast between the team that progressed to the knockouts in front of a delighted if relatively small and socially distanced home crowd and the one that was held to a 0-0 draw by Sweden in the second leg of the World Cup qualification play-off in 2017 is stark. 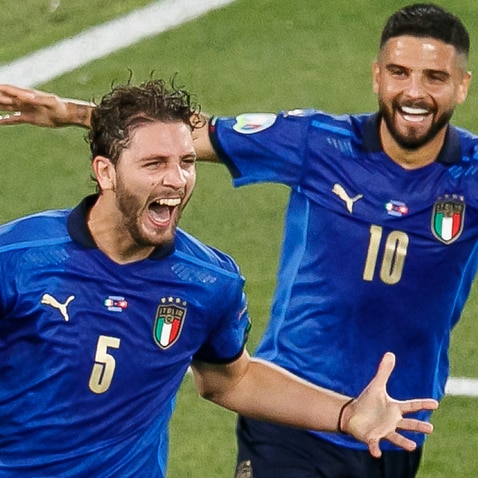 Giorgio Chiellini, Leonardo Bonucci, Jorginho and Ciro Immobile were all in the starting XI on that chastening night at San Siro and were picked by Mancini to help Italy past Vladimir Petkovic's side, though Chiellini had to withdraw through injury in the first half shortly after seeing what looked to be the opening goal chalked off by VAR for handball.

Yet there are key differences in both personnel and system. Whereas Gian Piero Ventura played a 3-5-2 with wingbacks Alessandro Florenzi and Matteo Darmian asked to provide both defensive protection and attacking creativity from wide areas with Immobile paired with the often immobile Manolo Gabbiadini, Mancini continues to get results from a much more expansive 4-3-3.

In that set-up on Thursday, Immobile thrived playing in a front three alongside the energetic presences of Lorenzo Insigne and Domenico Berardi, taking a game-high four shots and becoming the first player to score in Italy's first two games at a major tournament since Christian Vieri at the 2002 World Cup as he rounded off an excellent display.

Behind that trio, Jorginho -- who had patrolled the middle of the park along with two players in their 30s in Marco Parolo and Antonio Candreva against Sweden -- had the 24-year-old Nicolo Barella and 23-year-old Locatelli for company in midfield. 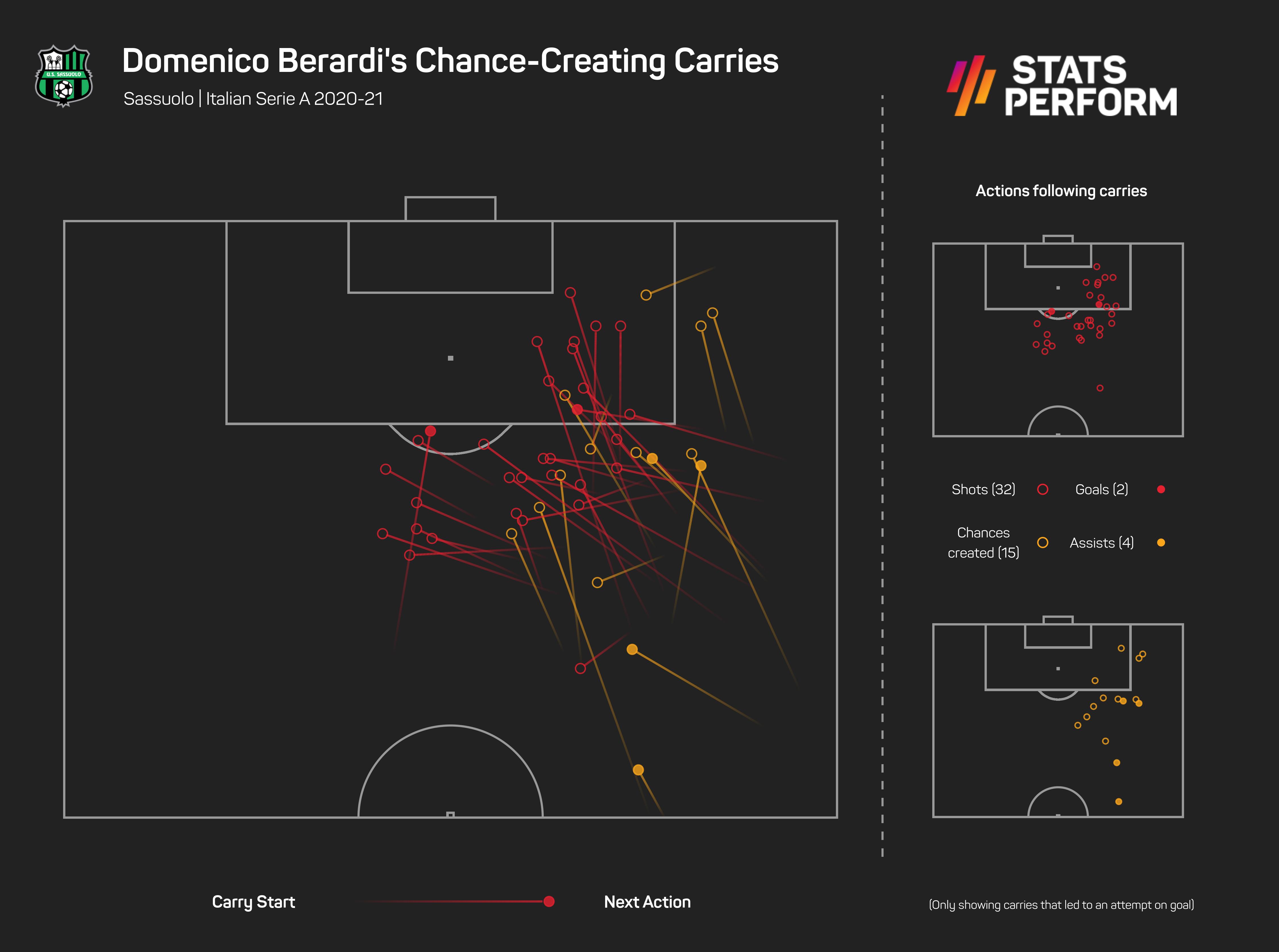 And it was Sassuolo team-mates Berardi and Locatelli who shone brightest on this latest showcase of Italy's credentials as contenders for the title.

That duo have been pivotal to one of the most entertaining sides in Serie A, Berardi creating 58 chances for Sassuolo while Locatelli teed up 38.

Their understanding was there for all to see when Italy did open the scoring after Switzerland's earlier reprieve. Locatelli volleyed the ball out to the right to Berardi, who surged down the flank before pulling back for his club-mate, whose desire to charge into the box from inside his own half was rewarded with a tap-in.

Berardi has now been involved in five goals in his last six appearances for Italy, but it was Barella who teed Locatelli up for one of the fiercest strikes of the competition so far as he powered into the bottom-left corner to become Italy's third-youngest scorer of a brace at a major tournament behind Giacomo Bulgarelli (v Switzerland in 1962) and Mario Balotelli (v Germany in 2012).

Immobile added the finishing touches, with help from poor goalkeeping from Yann Sommer, as Italy made it 31 goals without reply in all competitions, a 10th successive clean sheet never threatened by an uninspiring Switzerland team.

Those two statistics illustrate just how drastic the turnaround has been under Mancini. Italy could not muster a goal over two legs against Sweden in 2017, now they attack with verve and incisiveness that suggests they could score each time they go forward.

With the old guard still as dependable as ever at the back, Italy have a solid spine and a crop of talented playmakers that have helped revitalise a team that looked to be a fading force in international football.

Turkey and Switzerland have offered little in way of a challenge to Mancini's men, but that combination could be one that makes this delayed European Championship worth the wait for the Azzurri.