Italy have been dealt a blow on the eve of Euro 2020, with Lorenzo Pellegrini set to missing out after sustaining an injury in training.

The Roma midfielder, who has been linked with Barcelona and Liverpool in recent weeks, was due to play in his first international tournament after being included in Roberto Mancini's squad.

He featured three times in qualifying, with Marco Verratti, Jorginho and Nicolo Barella the only central midfielders to play more games than him.

The 24-year-old enjoyed a solid season for the Giallorossi, his 13 goal involvements (seven scored, six assists) bettered by only eight midfielders – though among them were individuals who play in more advanced roles, such as Henrikh Mkhitaryan and Josip Ilicic. 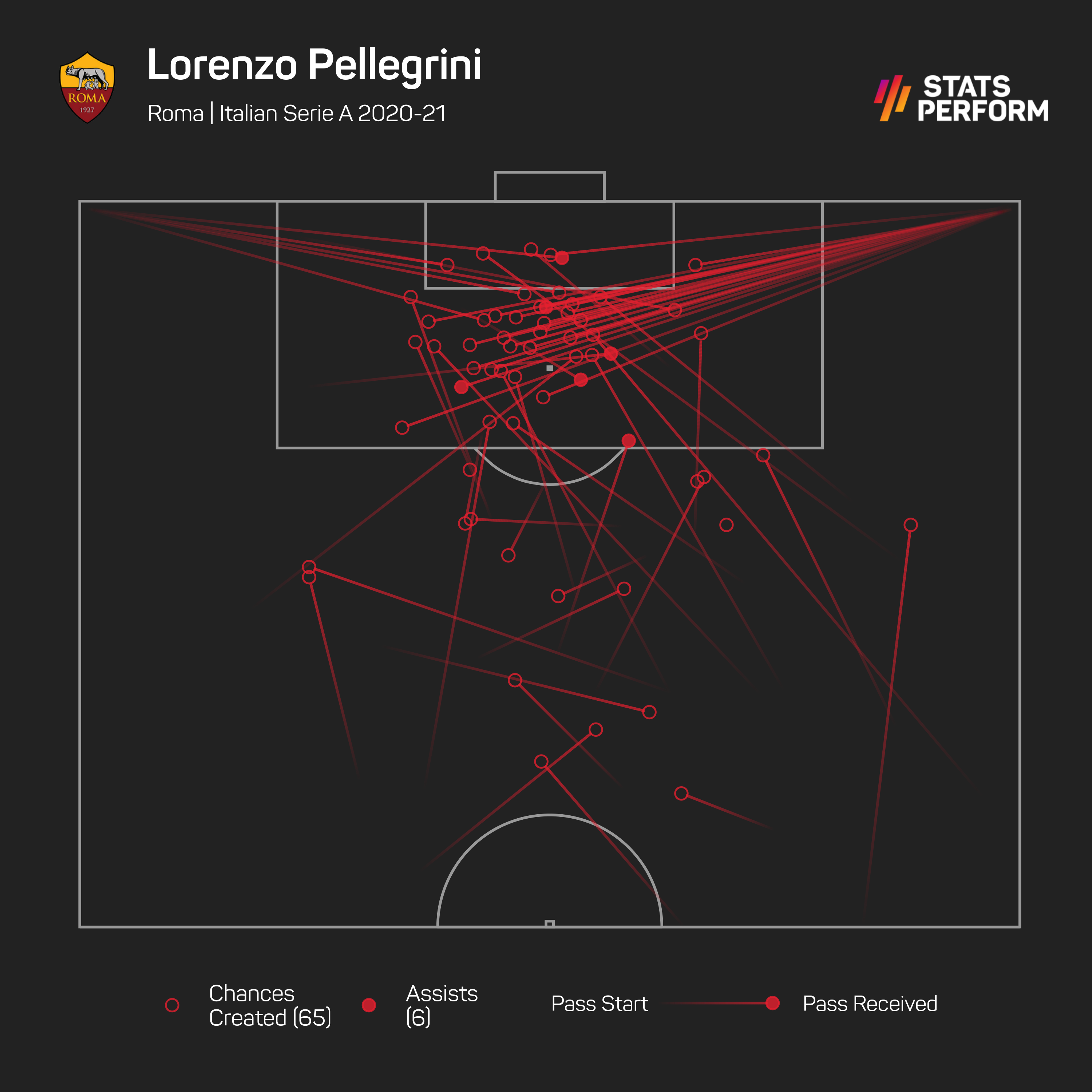 Although he would ordinarily be considered a back-up for the Azzurri, his withdrawal comes as a considerable blow given Mancini is already without Stefano Sensi, and Verratti is a doubt for the Turkey clash.

Additionally, Pellegrini proved himself an able creator for Roma this term, his 65 key passes the sixth highest among Serie A midfielders.

But he will have to watch on with the rest of Italy's fans over the next month, with Mancini's side starting the tournament against Turkey on Friday.

"Unfortunately this damn thigh problem will not allow me to play this European Championship," he wrote on his official Instagram account.

"There is a lot of bitterness right now ... but it is now that we need to hug even more and cheer on this fantastic group of real men who will surely give their souls to every game from start to finish.

"I believe it. Come on guys, come on Italy. All together."

Italy confirmed they have asked UEFA for permission to replace him in the squad with technically gifted Fiorentina midfielder Gaetano Castrovilli, 24.