In the absence of a recognised European-style transfer system, players can only switch from one club to another domestically if they’re off-contract, or by mutual consent.

The recent arrivals on Wanderland of Bernie Ibini, James Troisi and Ziggy Gordon have all fallen outside those parameters, sparking some level of angst among rival fans and CEOs over the Wanderers purportedly pushing the boundaries of propriety in strengthening a previously thin squad ahead of tonight’s season-opener against near neighbours and new-boys Macarthur FC.

Lederer, though, doesn’t accept the premise that Wanderers are using their undoubted pulling power to stretch and subvert existing norms. “(Talk of poaching) is ridiculous,” he told The World Game.

“People recruit players every year and as (coach) Carl (Robinson) has rightly already said, if a player doesn’t want to leave a club he doesn’t leave.

“It’s as simple as that. If he wants to leave a club then well ... it’s the same situation for all the clubs.

“I don’t know what all the fuss is about.

“Players may not be happy at clubs for a multitude of reasons, and some will always want to move on.”

“It’s something I would absolutely support,” he added. “It’s been on the agenda and it remains on the agenda for the future. It would make things much simpler (across the board).”

After several fallow years, the 2014 AFC champions League winners are undergoing a rebuild under Robinson, whose squad at least now looks competitive with the new additions. “I’m excited, obviously,” continued Lederer. “We’ve got a great squad, a great group of people at the club, a great coaching staff and great facilities.

“We have a great club, so there’s no reason not to be excited.

Welshman Robinson has been depicted as the pantomime villain ever since jumping ship from the Newcastle Jets, but billionaire Lederer isn’t bothered by that perception.

He simply believes he’s the best man to restore the club’s lost lustre.

“He’s a thoroughly professional guy and it’s an absolute pleasure to work with him,” he added.

“He’s articulate, dedicated and works around the clock. I think he’ll go a long way in the game and prove himself a very good coach.

“That’s why we got him. We’re doing everything in our power to bring success back to the club.

“We are a big club, I make no bones about it, and we want to be a successful club.

“We’re doing all we can but there are no guarantees, unfortunately.

“You enjoy football when you’ve got the highs and you cry when things are low, what can you do?

“Our job is to give the best opportunity for the coaching staff to bring together the best squad. 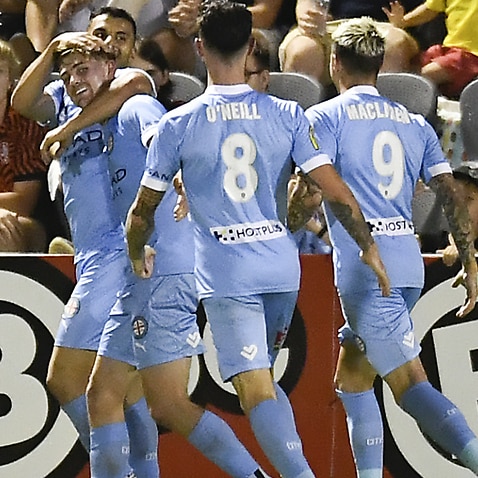 “Then it’s up to the players. That’s what it all boils down to.”

Lederer is looking forward to an evolving rivalry with Macarthur, the newcomers on their patch.

“I hope the rivalry with Macarthur becomes a strong one and I wish them all the best (in their first year in the competition),” he said.

“From my point of view, I hope all clubs are strong and a new derby is something that will help all of us.”