Cambridge United’s Australian defender Jack Iredale says it was “really disappointing” to see some fans boo the taking of the knee before his team’s victory over Colchester United, stating it “not what we stand for as a club”.

A small number of supports booed the players as they took a knee in support of the fight against racism on Tuesday night.

Iredale, who joined the League Two club in August from Carlisle United, started in the 2-1 win against Colchester at the Abbey Stadium.

It was the first the U’s had taken the knee with their fans present in their home ground, and the English FA is looking into the incident.

“It is really disappointing,” Iredale told The World Game. “It’s not what we stand for as a club.

"I think the reaction by the higher-ups in the club has been spot on, they’re trying to do the right things. “Everyone from the top down is following the same message and that’s coming through from the club.”

Cambridge said officially the actions of a "tiny minority" of fans were "hugely disappointing", with the club’s manager Mark Bonner describing the reaction as “embarrassing” and “unacceptable”.

Iredale backed their stance, saying the booing had been “rightly” condemned.

The former AIS and Perth Glory full-back has been thriving at Cambridge this season since making the move south four months ago.

The 24-year-old has made 20 appearances in all competitions, with one goal and one assist.

“I’ve really enjoyed it,” he said. “Obviously the good results help and the environment, but even before that the group of players that were there before I arrived were really good.

"I get on really well with the manager as well too so, so far it’s been really good. “I’m playing the majority of games. With the condensed season we’ve got there’s a bit of rotation of the squad.

"So I’m not starting every game but I’ve been involved in every game, whether it’s been from a start or off the bench.

A left-back by trade, Iredale has featured at left midfield, right midfield and centre-back, as well as on the left side of the defence in 2020-2021.

“I’ve been all over the place,” he admitted. “I’ve been playing left-back, left mid, right mid – it’s a bit weird as I’m used to playing left-back and at times I’ve find myself in little pockets and I’ve got to check my shoulder.

“It’s a bit strange but I’ve been enjoying it. I’ve been asked to play a higher-up role, and to have a bit of freedom to play a bit more advanced is always fun.”

Cambridge have made a solid start to the season with eight wins and four draws in their first 17 games of the season.

The U’s currently sit in the playoff places in sixth spot with 28 points, eight behind league leaders Newport County. 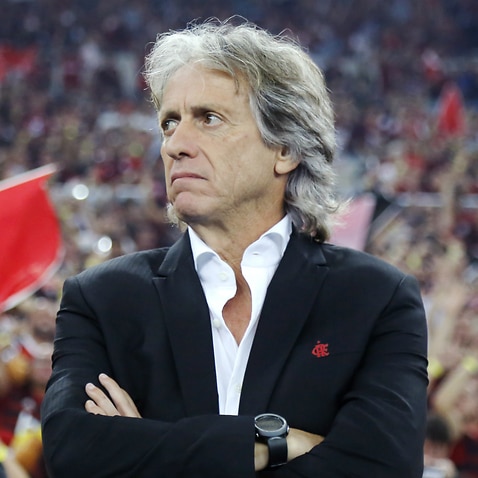 Benfica boss Jesus claims 'all this about racism is very fashionable'

“We never really set a goal, an end-point goal at the start of the season,” Iredale admitted. “We’ve broken the season up into blocks and given ourselves targets for each block, and so far we’re on track for hitting the target we’ve set ourselves.

"But we’ve got a game in hand as well so hopefully we can take three points from that one and that will put us in really good position, especially coming out of the Christmas period.”

A small number of fans have been allowed back into some Football League matches, with Cambridgeshire in tier 2 restrictions and allowed small crowds.

“I think we were the first game back with fans with the new restrictions. We had a trial game against Fulham and then we’ve had 2000 fans since. Even the away games we’ve had fans, when the restrictions changed.

“Playing in front of fans definitely makes a difference. It [the COVID-19 situation] is what it is. I’m speaking to friends and family every day back home and its chalk and cheese compared to Perth at the minute.

“It’s crazy, to be honest, hopefully we can get back to what Australia’s doing soon.”