It has been said that when it comes to signing players from top quality leagues then clubs in Australia are best-served by either going for potential or experience.

Take Japan for example: those at or near their peak command salaries and transfer fees that are similarly high but get an aging veteran or young buck with plenty of potential then there are opportunities.

Naoki Tsubaki is very much in the latter camp with the only caveat being that the attacking midfielder’s move to Melbourne City from Yokohama F. Marinos is a temporary one.

At some point in 2021, he is likely to be heading back to Japan, which means that even if City have got a gem on their hands, then they will only be able to watch over it for a while before handing it back.

Never mind. The short-term is all about whether the 20-year-old has what it takes to shine in Australia.

As he is coming for a relatively short-time and coming from Ange Postecoglou, a coach who knows better than anyone working outside the A-League what a player needs to succeed in the A-League, then there is a good chance of regular game time.

His time directly under Postecoglou last season was limited given the fact that he was on loan until November but he did spend the previous three years at the club, a time that saw the spread of the Australian’s philosophy.

As you would expect then, the Tokyo native is an intelligent player, easy on the eye and always looking to get forward and attack. 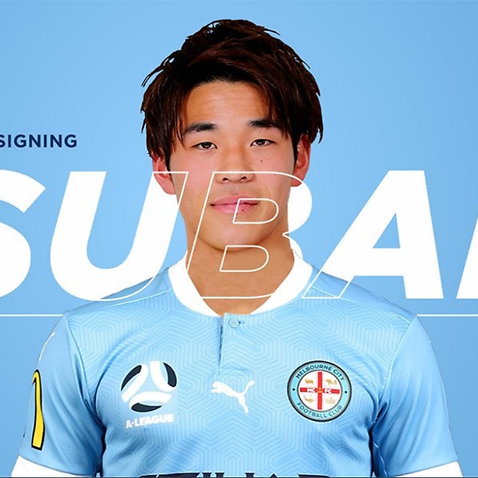 Tsubaki has said that since heading west from Yokohama to join Giravanz Kitakyushu in the summer of 2019 when he helped the team win promotion from the third tier and then finish a highly creditable fifth in J2, he has become more penetrative.

“When I receive the ball now, I move forward without worrying about what is going on behind me,” he said.

“I can move into space and have the options of dribbling or passing.”

Often it is the second option. With the ball at his feet he can be a joy to watch and he loves nothing more than to run at defenders.

“My strength is dribbling,” he said, adding that he is working on other aspects of his game.

Those include shooting - he netted just twice last season - and improving the accuracy and speed of his crossing and passing with his left foot. His desire for self-improvement is encouraging.

“I have had a strong desire to play abroad since I was a child,” said ‘Nao’.

“I decided to move now because I want to grow more as a player. I will do my best in Melbourne and when I come back to Japan, I want everyone to see how much I have grown.”

To grow and to be seen to grow is important for all parties. In 2008, Song Jin-hyung left FC Seoul for Newcastle Jets and initially, when Seoul officials saw Song in action for his new team, they felt that his technical development had stalled in Australia and did not recommend that their players follow Song’s path.

He did well in the end and returned to Korea via France in 2012 and was good enough to be an important player for Jeju United.

Perceptions are important. If Japan can see that Australia is a place where their young talent can develop then more could follow.

Not only that, if Tsubaki can succeed in the A-League and can help Melbourne improve then it should encourage Australian clubs, who have recently started to attract more talent from Japan such as Brisbane Roar’s capture of Riku Danzaki, to further explore possibilities in Japan that don’t have to include major outlays.

And it will show that there is value in utilising the overseas network. It is encouraging to see players arriving on the recommendations of Aussie coaches, whether these are players from the fringes of the Yokohama squad or players from elsewhere in the J.League.

A lot could ride on the next few months then. It is not only in the interest of Melbourne City and the player that Naoki Tsubaki have a good time in Australia.