Is N'Golo Kante still the best in the Premier League in his position? With Opta's help, we examine his form and that of his rivals.

There are few who could argue just how important N'Golo Kante has been in his two and a half years in the Premier League.

The midfielder was the driving force behind Leicester City's sensational title triumph in his first season, producing a level of form that made a mockery of his reported £5.6million ($9.64M) transfer fee.

Kante followed that up with another top-flight winner's medal at Chelsea in 2016-17 and yet more individual accolades, claiming the PFA Players' Player of the Year and FWA Footballer of the Year awards, while earning eighth place in the 2017 Ballon d'Or standings.

However, with Antonio Conte's side not quite at the level of last term as they watch Manchester City run away at the summit, there is a suggestion Kante's form has suffered a similar dip, with other candidates now challenging for his place as the best defensive midfielder in the league.

But is it fair to say Kante's crown is slipping? And who is best placed to usurp the king of the centre circle? Ahead of Leicester's visit to Chelsea, we use Opta data to examine the state of play... 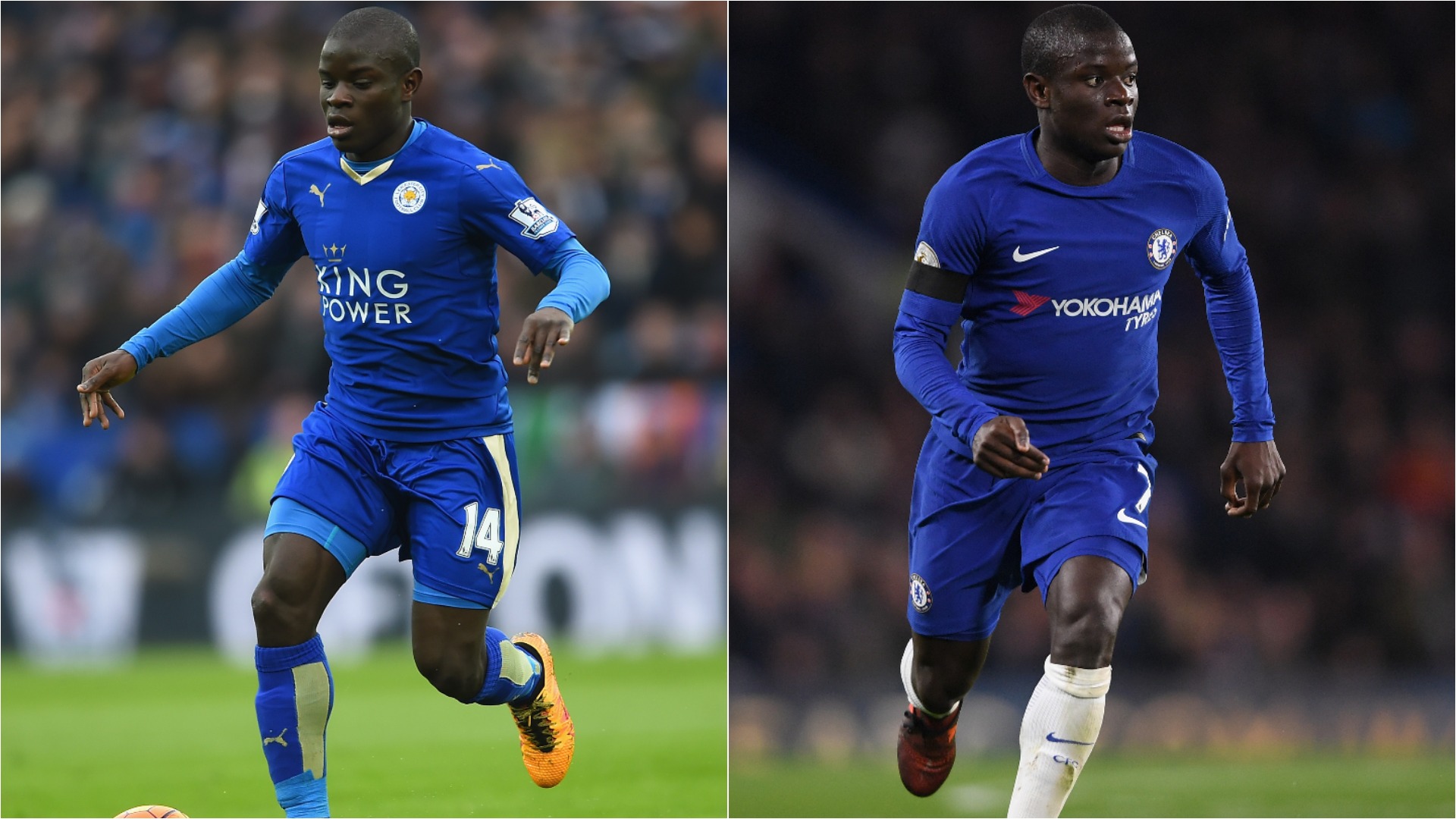 Kante's performances this term, like those of Chelsea, have only suffered a small dip compared to last season – but it does suggest a continued decline.

In his last campaign at Leicester, Kante made 175 tackles, 156 interceptions and won 277 duels at the heart of the midfield, conceding 43 fouls. He also managed 1,449 passes, with an accuracy of 81.6 per cent.

His first term at Chelsea saw those numbers drop drastically: his tackles went down to 127, interceptions to 82 and duels won to 197, while he also conceded 53 fouls.

Of course, Conte's side controlled many more matches than Leicester did, meaning Kante's defensive duties have become less onerous. The fact he made significantly more passes (2,122) underlines that.

That said, his figures for this season after 22 matches (65 tackles, 36 assists, 103 duels won and 1,238 passes) show that, without an upward swing in his form, he is unlikely to surpass his stats for last season by the time 2017-18 draws to a close. 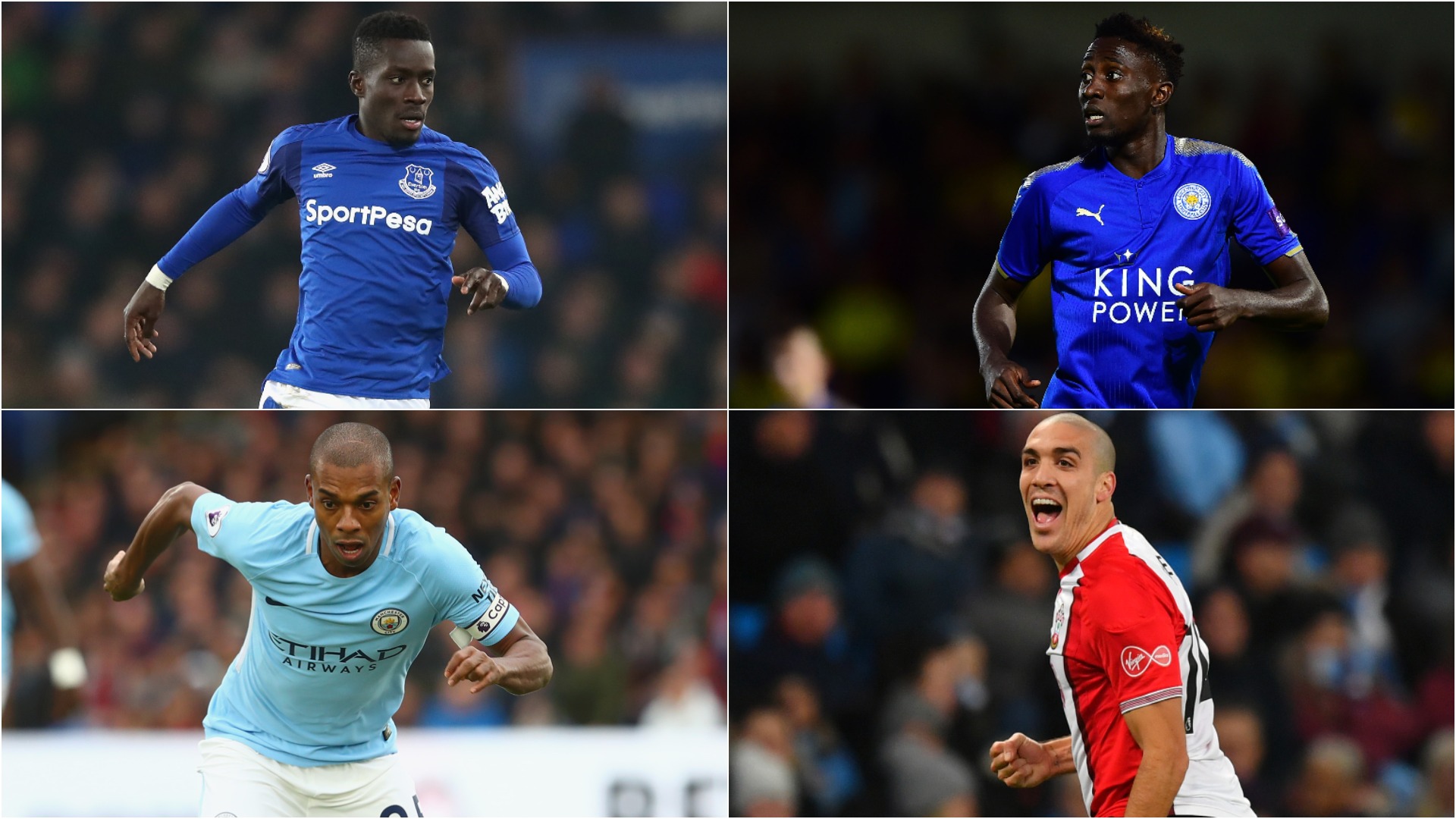 While Kante is on the decline (or, perhaps more fairly, is not getting any better), there are others in the Premier League who are beginning to step up to his level.

Wilfred Ndidi, the player signed by Leicester to replace Kante, leads the way this season for the highest number of tackles (91). Behind him in second place is Everton's Idrissa Gueye, the only player other than Kante to make more than 300 tackles since August 2015 (he is on 353, 14 behind the Chelsea man).

Kante has also slipped down the pecking order for interceptions this season: his tally of 36 is one short of Gueye's 37 and is level with Southampton's Oriol Romeu, who has shone in a poor side. Morgan Schneiderlin, Nemanja Matic, Davy Propper and Yohan Cabaye have all made more interceptions than Kante, too.

While he has never been lauded predominantly for his passing skills, Kante is also being bettered by others in his position when it comes to using the ball. If you discount Fabian Delph, who has played most of the campaign at left-back for Manchester City, the midfielder with the best passing accuracy (from a minimum of 500) is Tottenham's Mousa Dembele on 92.5 per cent, just ahead of Fernandinho on 90.1. 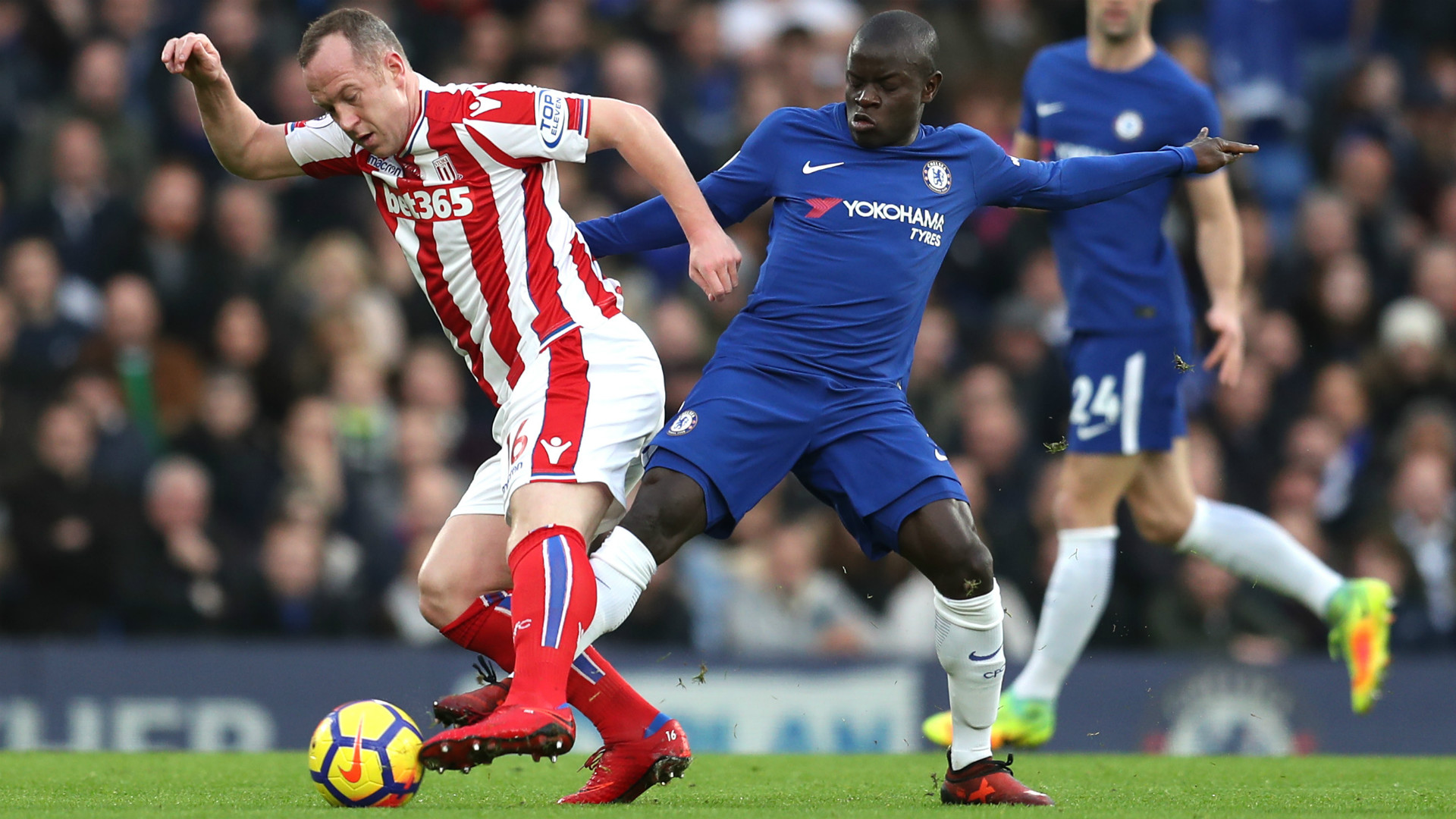 While others might be chasing him down, Kante still sits proudly at the top of a number of key statistical tables in the Premier League.

As well as making more tackles (367) than anyone else since August 2015, he also leads the way for interceptions (274) during the same time frame.

The impressive thing about the 26-year-old is the way he can disrupt opposition attacks with an apparently minimal risk of incurring the wrath of the referee. Kante has only conceded 18 free-kicks in 19 league appearances this season, giving him an average of 3.6 successful tackles for every foul.

By contrast, Gueye – the man closest to him in those tackle and interception standings over the last two and a half years – has conceded 26 fouls this term, with Fernandinho on 29 and Romeu on 33. Leading the way is Ndidi with 41.

It goes to show that, when it comes to winning the ball cleanly, Kante still sets the standard.