Australian football at the top level needs to bite the bullet and adopt severe austerity measures when the coronavirus crisis is brought under control.

COVID-19 is leaving a trail of destruction in its wake and experts believe the global economy will take months if not years to fully recover from the catastrophe that has changed the world.

And when the critical period is over there will come a phase of containment before we can start thinking of getting back to normal.

Football, particularly its fragile Australian version, is not immune to the pandemic and might have to be far more modest and prudent in its modus operandi if it is to safeguard its long-term future.

It's all well and good to extol the virtues of unity of purpose among the stakeholders as football in Australia drives to reach its full potential. 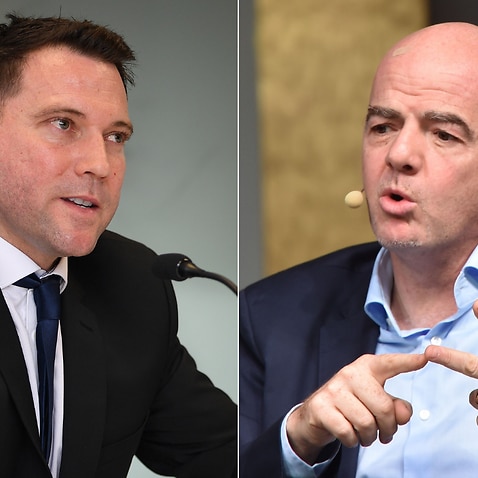 FFA puts hand up for slice of FIFA’s aid package

In-fighting has been our game's major stumbling block for decades and the forced hiatus has reinforced the need for the game to have a good, hard look at itself.

Football Federation Australia and the A-League might be advised to see this as the time to reconsider the way they run things by pressing the 'reset' button and examining the full ramifications of an expected shortfall of television money and sponsorships in the next few months and maybe beyond.

Fox Sports would be entitled to walk away from their $57m a year broadcasting deal with FFA if the A-League is not in a position to resume play by May.

Since this comeback is highly unlikely, football must brace itself for a period of austerity when Canberra declares that it is safe for life to go back to a level of normality whenever that may be.

With this in mind, this should be an opportune time for FFA and A-League to ask themselves if the overall income generated by the game justifies the two bodies' running expenditure.

In other words, is Australian football living beyond its means? And if it is the case, are the stakeholders prepared to make sacrifices to protect the game's future?

Fox's involvement with football appears to be on rocky ground but it might not be all over because negotiations are going on. The broadcaster might come up with a new proposal to keep showing the A-League. For example, they might offer a package of a longer term with much smaller payments of, say, $30m a year instead of $57m a year.

Which probably explains why the 11 clubs are reportedly discussing a 50 per cent reduction of the $3.2m salary cap.

There also are other parties interested in showing the domestic competition and international matches and FFA are understood to be seeking a new broadcaster. But money is tight everywhere and the economy is not going to get too much better, at least in the immediate future.

So clubs no doubt will have to accept the grim reality of a considerable income reduction when they acquire independence from FFA and presumably secure a TV deal on their own. They will have to react accordingly just to stay alive.

It is no secret that clubs are paying with an arm and a leg for the privilege of playing at government-owned grounds, although rumours persist that one club is actually getting paid to play at a particular venue.

I am not privy to the separate ground deals across the league but you wonder if some A-League clubs would be entitled to walk away from their agreements with the grounds if they can prove to governments that they are losing money over such arrangements.

By the same token, Fox is holding out on its last quarterly payment but insiders believe the broadcaster is legally bound to pay up since it is still operational and cannot claim insolvency.

We have seen over the years that games at smaller and more compact grounds make for better atmosphere and entertainment if not spectator comfort. The more expensive larger grounds can be hired for the big games such as derbies, grand finals and international matches.

The players can expect lesser contracts when play resumes. This is an entertainment business and if clubs are not getting enough money to pay their way, something has to give.

The average wage of a non-marquee A-League player is in the region of $150,000 to $170,000. This is not saying that players are overpaid. But the point is that, like everybody else in society, they must be prepared to make sacrifices and take a pay cut if they want the hand that feeds them to survive.

Professional Footballers Australia, which has made its feelings known about the clubs that stood down their players, no doubt would fight this aggressively but the union would not gain too much sympathy by adopting such a stance while the whole country is struggling to emerge from its worst crisis in living memory.

FFA's efforts to give the Socceroos and Matildas the best opportunity to leave their mark on the world game ought to be commended but it might be an idea to examine if it could afford no-expense-spared training camps and other luxuries for too much longer.

The importance of our national teams getting the best possible assistance in order to compete strongly on the world stage should never be underestimated.

FFA, which is not overflowing with cash, surely can economise in some areas like cutting back on the number of players, staff and officials travelling to other countries until the game gets back on its feet.

It seems the majority of members showed they are more 'supporters' than fans by forfeiting their right to a refund after the league came to a halt.

I know this works both ways but all those who showed goodwill by helping their club in a difficult period ought to be commended.

And if clubs are forced to downgrade their home grounds in favour of smaller and cheaper venues, their members will also have to put up with rather spartan conditions but it's another small sacrifice in the general scheme of things if it means saving their team from major economic strife.

Clubs might have to trim their administration costs, which is something FFA should do too.

These are indeed difficult times and the burden should be shared by everyone.

Yet one positive to come out of the enforced break is a clear sign that football simply cannot afford to keep living beyond its modest means.