the 23-year old went from strength to strength in his first campaign for the Championship club and was the big winner during Burton Albion's end of season awards night on Tuesday (Wednesday AEST).

Irvine scored 10 goals in 43 games for Burton Albion, after his record transfer from Scottish club Ross County at the start of the season, to help the club secure their safety in the Championship at their first attempt after being promoted from League 1 in 2016.

"I'm so unbelievably honoured and pleased to be given the three awards," Irvine said

"To be held in such high regard by the players and fans is a bit overwhelming. I got a bit emotional up on stage.

"It has hit me how important this season has meant to the club and the fans. It means so much to me to know I was able to contribute to this incredible season."

The midfielder is sure to look back on the 2016/2017 season as one of the best in his career with a maiden Socceroos goal to add to his incredible success at club level. 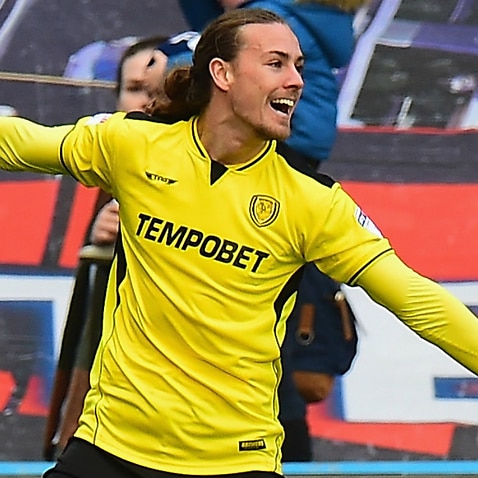 Irvine worth his weight in goals

"This year has been everything i could've dreamed of and more. I think it'll be a challenge to ever go past it," Irvine said.

"To pull on the Australia strip next to guys I grew up idolising was a dream come true.

"I don't know that I would've had theses opportunities If I hadn't been given the chance to sign for Burton Albion and play in this league (the Championship)."

Albion go into Sunday's final match of the season against Reading in 19th position on 52 points, five points clear of the relegation zone.