Socceroos midfielder Jackson Irvine has tempered speculation of an imminent Burton Albion exit, insisting there have been no offers and his focus remains on helping the Championship club stay up.

Linked with the likes of Derby County and Birmingham City - whom the Brewers face on Saturday (AEST) - Irvine is open to the possibility of a move to one of the division's bigger clubs before the transfer window closes on September 1.

But with Burton bottom of the ladder, pointless after three games as he returns from a one-match ban, Irvine has little time for self contemplation.

"It's been the same story all the way through, a lot of rumours and being linked to various places," he said. 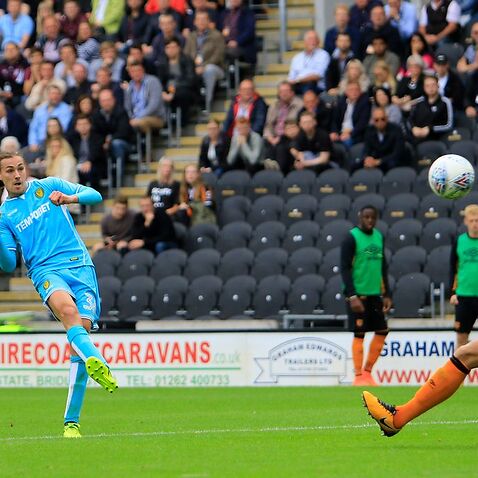 "But there has been no genuine approach to Burton, or to ourselves, so until anything happens I will stay fully focused on being a Burton player.

"If anything comes up I will address that when the time comes."

This season he has started where he left off, curling home a beauty in last week's 4-1 loss to Hull City before being unluckily sent off after picking up a second yellow card.

He acknowledges that if he stays, repeating last season's accomplishments will be no easy feat.

"It will be tough to follow that up after last season," he said.

"I'll be trying to find a level of consistency again.

"I reckon six to eight goals from midfield will be my kind of aim for the season, whilst also doing a job for the team which will hopefully help keep us in the division."

Coach Nigel Clough's record signing, Irvine was one of Australia's most potent performers as they took it to Chile in a 1-1 draw at the Confederations Cup, a performance which heightened speculation that Burton will struggle to hold him for much longer.

He is not lacking in ambition, and sees his time at Burton, who signed him from Scottish club Ross County, as part of a natural progression.

"The move to Burton has gone as well as it possibly could have," he added.

"The club did amazingly well to stay in the division -but if the time comes when you have the chance to push on to another level, I think any footballer would be looking to take that.

"You want to reach the highest point you can, every player wants to get as much out of their career as possible.

"I still have a lot to learn and keep reaching to see how far I can go.

"But right now my soul aim is to do my bit to keep us up.

"That's absolutely vital, not just from the club's point of view but also from an individual perspective."

Irvine is to keen to made amends for the send-off, which ruled him out of this week's 2-0 loss to Middlesbrough.

"The first booking was a definite yellow ... a professional foul to break up a counterattack," he said.

"The second foul I thought it was hard to give me a straight yellow card. 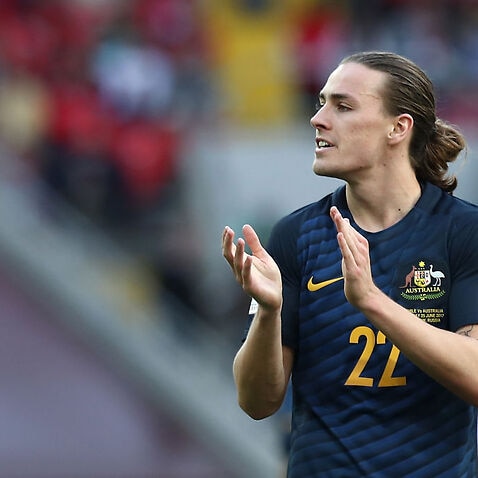 "I hadn't committed any other fouls, it was two tackles two yellows.

"I thought I might've got away with a warning and believe it was a bit harsh (with the scores tied at 1-1 before half time).

"It was tough, especially after I had scored a few minutes earlier to get us back in the game."