Socceroos midfielder Jackson Irvine has signed for Hull City from Burton Albion for an initial fee of £2 million ($3.3m).

The 24-year-old agreed terms with the Tigers late last week before jetting out to Japan for Australia's crucial 2018 FIFA World Cup qualifier in Tokyo but the deal was only rubber-stamped on Wednesday.

The Melbourne-born schemer has put pen to paper on a three-year deal with an option to a fourth season after an impressive spell with the Brewers where he played a crucial role in helping them defy the odds to stay in the Championship last season.

Irvine scored 11 goals in 49 appearances for Nigel Clough's side with his last strike ironically coming against his new club earlier this month in a game that also saw him sent off in a 4-1 defeat. 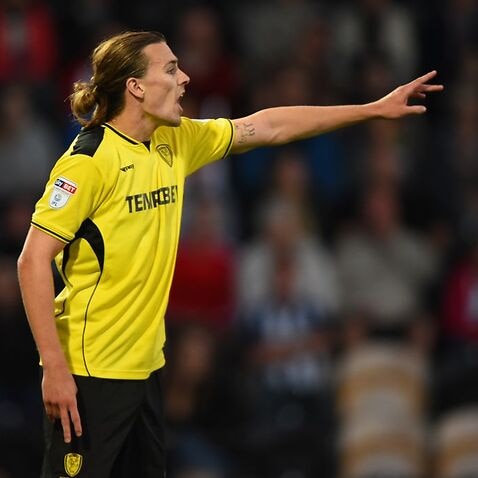 "It has all happened relatively quickly but I'm just looking forward to starting a new chapter in my career. I'm buzzing about it.

"It's only recently that a move has come onto the radar and Hull were really keen to sign me.

"Leaving Burton Albion was difficult in its own way because that club was great for me, but having the chance to come here and progress and move forward with a club that has great ambitions is something that I'm delighted about.

"It's been a big few years for me - coming through the youth team at Celtic, moving to Ross County, coming down to England with a year at Burton and now finding myself at a club like Hull City. It's been a bit of a whirlwind but I'm so excited to be here."