When you’re scoring for fun the last thing you need is an enforced break - especially when it lasts five months.

That’s how long Wolfsburg II striker John Iredale has been inactive, just when his name was beginning to loom large in both Olyroos and Socceroos selection calculations.

With five goals in eight games at the start of the season in Germany’s third tier, the Sydney FC academy product was turning heads.

Much to the striker’s relief, the freeze is thawing and a return to league action is beckoning early next month.

Prior to that, Iredale is expected to be in camp with the Olyroos for friendlies against Brazil and Egypt later this month, where Graham Arnold and assistant Rene Meulensteen can both assess his genesis after 19 months in Germany at a club sitting third in the Bundesliga and on course for UEFA Champions League qualification. 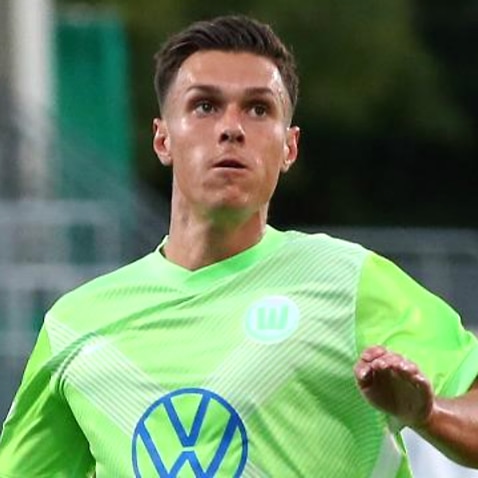 Iredale, 21, is confident he can cast off the cobwebs and carry on where he left off.

The Olympic Games in July and a FIFA World Cup hub in June are the goals at the end of the rainbow.

“We’ve been in a holding pattern for a while but I’ve been in touch with Rene from time to time.

“It’s nice when he checks in to see how I’m going and he knows all about my situation.

“I’ve told him I want to be considered for any squads, including the Olympics of course.

“He told me I’m somebody they’re looking at, so hopefully if there’s a camp this month it might be a chance for me to show I can offer something, even though I haven’t been playing games.”

If Iredale can reprise his pre-break touch when Regionallega action resumes, then opportunities will abound - possibly with both the Olyroos and Socceroos.

He was selected for Arnold’s first training camp on taking charge in Turkey in 2018, and has long been touted as a potential Socceroo.

“It’s been a frustrating period (since October) but I’ve just had to be patient,” he added.

“It was fun and I was enjoying being back playing again (after suffering serial foot injuries).

“We had a friendly against Paderborn last weekend, so it’s getting closer.”

The former Young Socceroo joined Wolfsburg from Dutch side Heerenveen, and is off contract at the end of the season.

Upheaval surrounding COVID-19 has delayed discussions over a possible extension with a batch of players, including Iredale.

“Of course I want to play first team here - we had a bit of talk (about my future) back in January,” he said.

“I am looking at options, if it doesn’t work out and I don’t end up staying.

“A loan might also be an option, it just depends. Maybe it might also be best to go elsewhere and be playing first team, and try and build there for a couple of years.

“At the moment everything is really up in the air.”