Sydney-raised Folami, 21, has been with the Tractor Boys since 2015, making six senior appearances - four in the Championship and two in the EFL Trophy.

Despite scoring in the 2-0 EFL Trophy win over Gillingham just last week, Folami has been unable to crack coach Paul Lambart’s starting League One line-up so far this season following the Suffolk club’s drop from the Championship.

The indications are he may be heading to the A-League in search of regular game time ahead of next year’s Tokyo Olympic Games, with the chance to be monitored at close quarters by national teams coach Graham Arnold. The exits of Ola Toivonen, Kenny Athiu and Andrew Nabbout have left Victory searching for recruits upfront, and Folami - who played his formative football with NPL side Sutherland Sharks and the NSW Institute of Sport - could complement the recent capture of former Luton Town winger Callum McManaman.

Identified by Victory as a tempting target, the pacy striker landed his break in England thanks to legendary Australian export Craig Johnston, who compiled a tape and sent it off to then Ipswich boss Mick McCarthy on Folami’s behalf.

The ex-Ireland boss was impressed enough to sign Folami to the Tractor Boys academy. 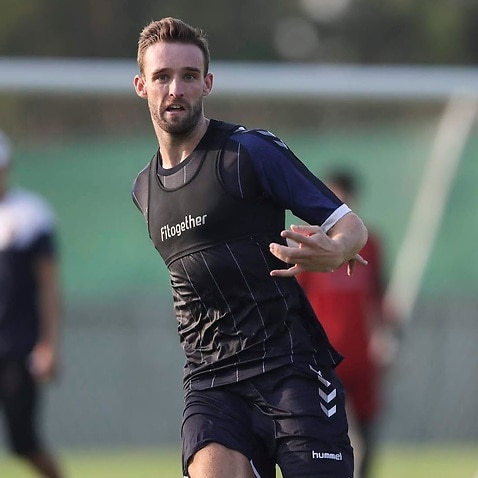 He made his Championship debut in 2018 in a 2-2 draw with Millwall, with Tim Cahill - who lived in the same Sydney suburb of Caringbah - an unused substitute for the Lions.

Folami, who is of Nigerian lineage, was loaned out to League Two Stevenage Town at the beginning of the year and made three appearances before the coronavirus brought a halt to the season.

He is contracted at Portman Road until mid-2021 and it’s unclear if he’s likely to sign for Victory on loan or a permanent deal.