Gabriel Barbosa walked down the tunnel after Inter made their third substitution against Lazio, and Stefano Vecchi expects the club to act.

Inter Milan caretaker coach Stefano Vecchi expects the club to take action after out-of-favour forward Gabriel Barbosa showed his disdain at being an unused substitute against Lazio by walking down the tunnel.

Known as Gabigol, the Brazilian arrived at Inter with high expectations having signed for a reported fee of €25 million ($38 million AUD), but has failed to establish himself in the team, with all of his nine Serie A appearances coming from the bench.

A tumultuous season has seen Inter miss out on European football and, though they came from behind to win 3-1 at Lazio and end an eight-match winless run, Gabigol was far from impressed.

He left the bench after Inter made their third substitution and Vecchi does not expect the club to ignore his show of petulance.

Vecchi told Mediaset Premium: "Perhaps the expectations were a bit too high from the fans, the club and media for Gabigol. It's not exclusively the fault of the coach. He has good qualities and must put those to work for the team. 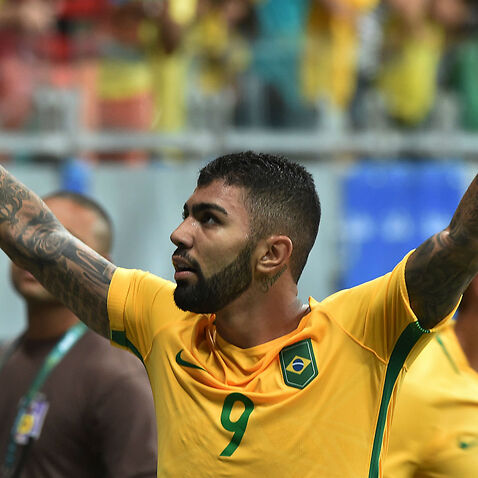 "I am sure the club will take action, just as it already has done against some players behind the scenes. I think for next season we need to sort out the little things first, as this opportunity has arisen to fix those issues during this difficult time.

"There is a lot of competition for places here. In this squad there are players like Mauro Icardi, who scores 25 goals a season, Eder who works so hard, and an exceptional player like Rodrigo Palacio who trains at his hardest in every session.

"He sets the example for what the younger players ought to do.

"This squad cannot be in its current position with the players at our disposal."