Russians are cold, emotionless, joyless and untrustworthy – a view formed by exactly 101 years of relentless stage, screen and literature. We are brainwashed to believe it.

I’ve had the great fortune of travelling to Russia before, on holiday some five years ago, which helped me bust the myth about what this country and its citizens are really like.

But I have never seen anything in my life like what happened last night when Russia defeated Spain, one of world football’s most iconic teams. The whole country spontaneously burst into a celebration – almost like they’ve never been allowed to or even had reason to.

The streets were filled, for at least eight hours after the final whistle, with hundreds of thousands of fans, waving flags, singing songs, dancing – literally – and chanting the names of their heroes.

Who said Russians don’t smile? Now they can’t wipe the grins off their faces. People are walking around in a daze, hugging strangers, high-fiving foreigners, crying with joy. The infamously steely facade has been melted by the world game. Truly, it is a sight to see.

The SBS studios here in Moscow are based behind St Basil’s, on the outer edge of Red Square, which gave us an incredible vantage point to witness an extraordinary moment in the heart of the world’s largest nation. Russian fans take to the streets after historic Russia win

It was also a unique celebration for a very special reason. Most Russian or Soviet celebrations tend to be “planned” events. Or when they’ve won an international event, it’s usually been expected – like in ice hockey, for example.

Even when they won the European Championships in France in 1960, only four nations participated, and the match (a relatively low-key affair by today’s standards, attended by less than 18,000) ended after midnight.

There has been no unexpected sporting triumphs, like Greece in Euro 2004, South Korea in 2002, France in 1998 or Maradona’s Malvinas revenge in 1986 to send millions spilling onto the streets.

Even in Australia, we’ve had two of those unexpected nation-shaping victories: the 1983 America’s Cup and the Socceroos’ 2005 World Cup qualification. This was every bit of the above.

More broadly speaking, this 2018 summer is becoming the Russian equivalent to Euro 96 – a tournament which put football, and England, into a context which had never been presented: modern, friendly, welcoming, fun.

It is also having the same impact as Germany 2006 on the national identity. Contrary to what you might think, Russians have been historically nervous about overt acts of patriotism. The flag hasn’t always been a symbol of pride. It has been loaded with prejudice and the weight of history.

As outsiders, our prism of interaction with Russia is through the media and politics, which tends to reflect very unfavourably on whatever “regime” is at the helm. 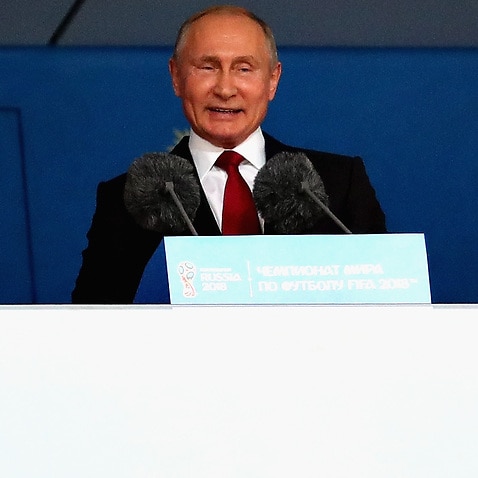 But the ordinary Russian does not wield any power or influence. They are battling to get through their day, just like the rest of us. Like the rest of us, football provides respite from the pressures of the world around us. And they want their country to succeed, because they are proud, just like us.

And just like Australians, football is something they’ve been reluctant to over-invest in because it’s not a sport they traditionally do well in. They have a great passion for it, as we do, but have been let down more often than they would care to count. Sound familiar?

As you know by now, this team was pilloried pre-tournament by the press and the public, a kind of joke that everybody was in on. Everybody except national coach Stanislav Cherchesov and his players.

Now, Russia have a quarter-final against Croatia. It was very nearly against Denmark, a game Russia might have entered as favourites. Still, Croatia weren’t great against the Danes, and the Russian wall of defence looks almost impossible to break down right now.

This impromptu, unplanned party has a momentum that nobody can quite believe. The best part? If they defeat Croatia, a semi-final awaits - and the celebrations may never stop.

A-League will meet the travel demands of players, says O'Rourke