Independiente del Valle sealed their spot in the knockout stages of the Copa Libertadores after holding Colo Colo to a 0-0 draw. 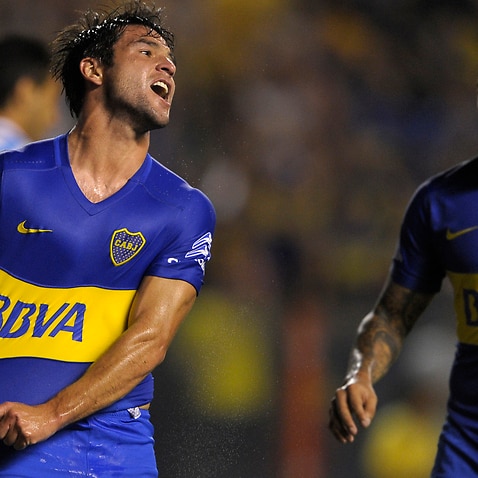 Boca win at Racing Club to advance in Copa Libertadores

Colo Colo went into the game two points behind group leaders Independiente and Atletico Mineiro, meaning they needed nothing but a win against their Ecuadorian opponents.

However, it was always going to be difficult to break down an Independiente side who knew a point would guarantee at least second place in Group 5.

Colo Colo were on the front foot for the majority of the contest but time and time again were unable to find the vital goal.

The Chilean side were desperate in the dying stages, pushing plenty of men forward, and hit both the crossbar and the post in stoppage-time.

But Independiente held on for a point, advancing to the next round along with Atletico Mineiro, who completed a 4-0 rout of Peruvian side Melgar to finish top of the group.

Mineiro were ahead inside the opening 45 seconds after Tiago Pagnussat fired home a rebound from a set-piece before former Real Madrid and Manchester City forward Robinho doubled their lead seven minutes later.

The Brazilian side made it 3-0 through a Lucas Pratto penalty in the 17th minute, before adding a fourth goal just after the halfway mark of the second period.

Rosario Central confirmed their spot in the next round after a 2-0 win at Nacional, meaning they leapfrogged the Uruguayan side into top spot in Group 2.

Nacional had already sealed qualification and fielded a weakened squad against their Argentine opponents.

Alejandro Donatti opened the scoring on the stroke of half-time, before German Herrera sealed the win with 20 minutes left to play.

Meanwhile, Bolivar kept their slim hopes of making it to the knockout stages alive after securing a 1-1 draw at Deportivo Cali.

The point means Bolivar need to defeat Racing Club and turn goal difference in their favour on the final matchday in Group 3.