Sweden striker Zlatan Ibrahimovic will play for Milan in his 40s after extending his stay with the Rossoneri.

The 39-year-old striker rejoined the Rossoneri on a free transfer in December 2019 until the end of the season, with the option of extending his stay.

Ibrahimovic put pen to paper to remain at San Siro for the current campaign and the evergreen frontman has now agreed terms for another 12 months.

The Sweden striker has scored 17 goals in all competitions in an injury-hit season, finding the back of the net 15 times in 17 Serie A matches.

Ibrahimovic had made no secret of his desire to stay at Milan and the club confirmed a deal has been agreed on Thursday.

Ex-Manchester United, Paris Saint-Germain and Barcelona forward Ibrahimovic, who has scored 84 goals in 130 appearances for Milan, posted on social media "the saga continues".

He revealed it was an easy decision to commit to Stefano Pioli's side, who are second in Serie A – trailing leaders and city rivals Inter, another of Ibrahimovic's former teams, by 10 points.

"I have always said that I feel at home here: the people who work for Milan, my team-mates, the coach, the fans, who I miss at the stadium, make me feel good. 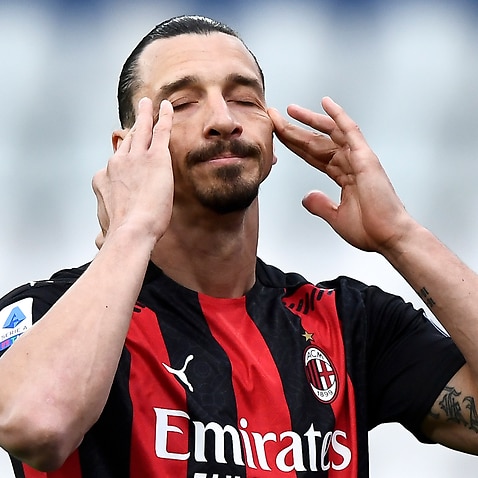 "If I could I would stay here all my life. Working with Pioli was very easy from day one: he has the right mentality, every day he transmits an energy that transforms the team, from which he brings out the best."

The news comes a day after Milan withdrew from the proposed European Super League.

Milan were one of 12 teams to announce their intention to form the closed-shop competition, which has received widespread criticism.