Gareth Bale is confident he can handle any pressure at Tottenham after living with a target on his back at Real Madrid.

The Wales star is back in north London and itching to get started at Tottenham, with a minor knee injury delaying his second debut for the club.

As his performances dipped, and as Zinedine Zidane stopped counting on him as a first-team regular, Bale began to lose the faith of the Santiago Bernabeu crowd.

Posing with a flag carrying the now-immortal line "Wales. Golf. Madrid. In that order" while on international duty did Bale no favours.

Zidane's sidelining of Bale drew few complaints in Spain, but the Cardiff-born forward is back in the Premier League and looking to prove his career can lift off again. 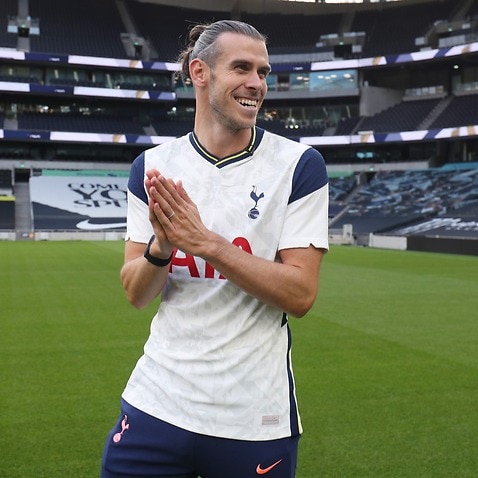 He told Sky Sports: "Obviously going into a different culture, a different country, I've had to grow up as a person, never mind a footballer.

"You just learn how to deal with the situations that you're in. Obviously I've been in immense pressure situations. I've had people on the pitch whistling in the stadium to me.

"I've just learned how to deal with those type of things, to not take it too seriously, [not] take it too much to heart, and just get on with it.

"I have no regrets of what I've done, whatever anyone else has said, that's up to them. I know my opinion of myself and my family know exactly what I am, so that's all I'm worried about."

Spurs hope they have re-enlisted a world-class player who is motivated to prove his qualities all over again. The deal is a season-long loan initially.

"We have a great team here now with a great squad," Bale said of Jose Mourinho's side.

"They've been doing great. Obviously in the time that I've gone away they've gone on and on and obviously reached the Champions League final, the club's got a new stadium, the club itself is better, they're doing better in the Premier League every year.

"So I just want to add to that. I want to try and bring a bit more to the team and try and progress even more and keep pushing in the right direction."