Former Arsenal captain Cesc Fabregas has revealed some of the darker reasons why he left the club for Barcelona in 2011.

Fabregas joined Arsenal in 2003 from Barcelona's youth academy as a 15-year-old, and quickly became a pivotal player under coach Arsene Wenger.

He became club captain in the 2008-09 season but returned to Barca in 2011 after protracted transfer saga.

Fabregas gave a long interview to Arsenal podcast Arseblog, detailing his "suffering" at the London club, getting "frustrated" at the club failing to sign keen players such as Xabi Alonso, claiming there were only two other players in the squad "at his level", and even mentioning ex-Australia goalkeeper Zeljko Kalac. 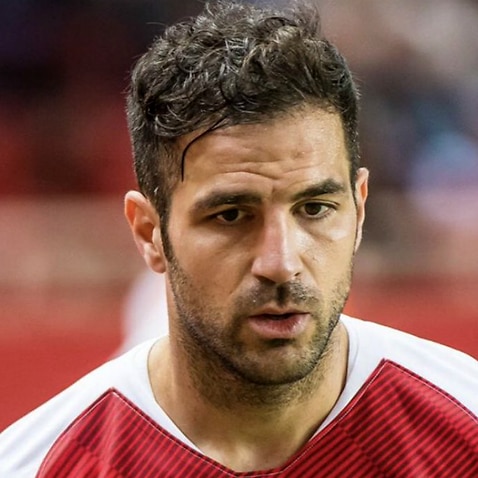 "I was so in love with the whole club. I was the captain, I always felt so much pressure on myself," Fabregas said.

"I had to lead this team to win something. This was my absolute dream. I gave everything.

"Sometimes, I used to go home after we lost and I used to cry. I used to suffer. I spent sleepless nights suffering.

"And then you lose a game, you're in the bus like this, destroyed, and then you hear some players laughing, thinking about where they will be going out later.

"This was going on for a few years. We were playing beautiful football and I enjoyed that side of everything but I was putting so much pressure on myself to lead, to do everything and at one point I felt kind of lonely.

"Especially in the last two or three years, I felt Robin [van Persie] and probably Samir [Nasri] were the players that - it's not an arrogant thing to say, it's how I felt at that time, I will be completely honest - were the players who were at my level mentally and technically.

"Many things came into my head, I have to admit I was a bit empty. I was drained mentally, physically, in my soul - knowing I'm giving everything, knowing a couple of signings that I knew could have happened and the club didn't make the effort.

"Once we lost at Bolton - that was my last ever game for Arsenal I think - I kind of gave up, unfortunately. I didn't think I could do it anymore.

"I needed a new challenge. I needed people surrounding me that are living for football, giving absolutely everything for the game as I was."

"Seeing some behaviours from certain players or something like this made me feel I wanted to check something else.

"But for sure, if it was not because of that, I would never have left Arsenal at that time."

Fabregas agreed it felt like Arsenal were often just one or two signings away from being a title-winning team in his time there.

"I have to say a couple of times I was frustrated by the lack of push [from the club]," he said.

"It's so close, the player is dying to come, it's so easy to make this deal. I mean, I'm not a director - I see it from a player's point of view."

"I see that when a player wants to go somewhere, it's easy. Xabi Alonso was one of them.

"I was living it day-to-day because he was texting me all the time, I remember the whole holiday I was talking to him.

"It was a shame because I think it would have been a great, great, great addition to that team. He was made for Arsenal, I think.

"There's many, like San Siro, being the first English team [to win there]," he said.

Fabregas scored as the Gunners become the first English team to beat AC Milan at the San Siro - a 2-0 win knocking the Rossoneri (who were defending champions) out of the 2007-08 UEFA Champions League.

"It was a good goal. I think the goalkeeper [Kalac] was a bit my friend, but it's alright I'll take that!"