Milan star Zlatan Ibrahimovic said he has silenced his doubters after proving age is just a number following his contract renewal.

Ibrahimovic has starred since re-joining Milan on a free transfer from LA Galaxy in December 2019, the veteran striker scoring 15 goals in 17 Serie A matches this season.

The 39-year-old – now contracted to the Rossoneri until the end of 2021-22 – has netted 17 goals across all competitions in an injury-hit 2020-21 campaign, while the evergreen Swede has 28 goals in 45 appearances in his second spell with Milan. 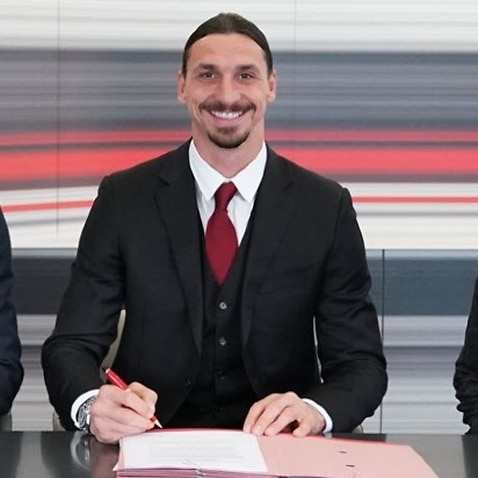 "I think it will be positive. Even if someone had doubts before I arrived," Ibrahimovic told MilanTV. "I have shown that age doesn't matter.

"It's all about mentality. I always want to improve and do the best I can.

"I just want to feel good physically and be able to do the things I know how to do."

Ibrahimovic, who won the 2011 Scudetto during his first spell with Milan, has helped the Italian giants up to second position this season – 10 points adrift of city rivals and leaders Inter, though they are only a point clear of Atalanta and Juventus.

"I try to help everyone, it's a motivation," former Manchester United, Paris Saint-Germain and Barcelona star Ibrahimovic said.

"It gives me adrenaline to see these young people and their growth, from the first day I arrived until today, I have seen growth from each of them.

"All are willing to do their best, then, in my opinion, they understood the sacrifice that must be made to be where we are today."