Diamanti, 37, filmed events as he and fellow squad members packed their bags and attempted to travel into NSW, reporting their progress (and failure) via Instagram.

In Italian, he says: "It’s official were here again. I told you there was going to be a second episode. We're here again.

"Later on I’ll tell you more about everything that happens.

Then: "After 1.5 hours at the airport we’re going back home.

"Well theres not much more to say, we’re going home, let's hope we find a solution.

"Were always positive, theres always a solution. Who knows?

In a clip back at his residence, Diamanti's wife, Sylvia Hsieh says: "At least take the backpack off!

"No I’m not going to, I’m going to keep it on all night," Diamanti replies.

"One thing is sure, I’m not going to unpack. 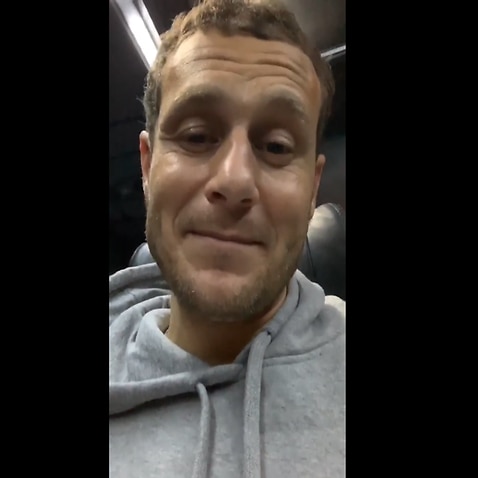