Adopted Socceroo Martin Boyle watched in awe as his native Scotland shocked Serbia to qualify for next year’s European Championship - but forget about any pangs of regret at choosing the green and gold over the navy blue.

Wife Rachael plays for Scotland Women and the Aberdeen-born winger is surrounded by relatives of the Tartan persuasion.

However, the tidal wave of national euphoria which greeted last week’s penalty shootout win in Belgrade didn’t provoke even the tiniest twinge of envy in the Hibernian flier as Scotland reached a first major tournament in 22 years.

“Obviously I chose Australia and I don’t regret anything about that decision whatsoever - for me it’s been brilliant,” Boyle told The World Game.

“Football is funny at times and things can change very quickly, but I’m delighted that things turned out the way they did. 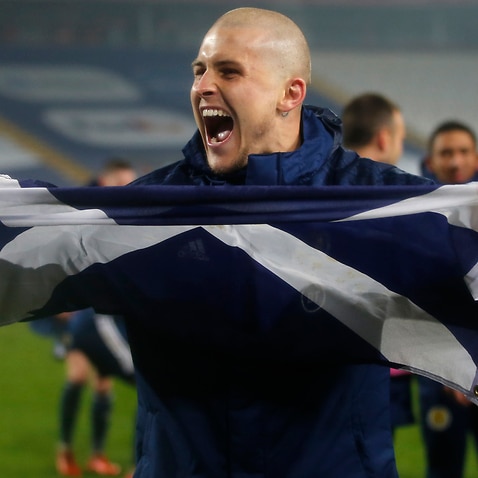 “Of course I’m ecstatic for Scotland as a team and the boost qualifying for the Euros has given the whole nation, it’s absolutely massive and has been a long time coming.

“A lot of my family are Scottish and my wife plays for Scotland Women, so I have no choice but to support them.

“Hopefully they can now go to the Euros and perform again on the bigger stage.”

Only fate - in the form of a hamstring injury back in 2017 - prevented Boyle from accepting a call-up from then Scotland coach Alex McLeish for friendlies against Peru and Mexico.

The following year, after ex-Hibs teammates Jamie Maclaren and Mark Milligan alerted Graham Arnold that Boyle had a Sydney-born dad, he made his debut off the bench against South Korea in Brisbane.

Having snatched Boyle, 27, and emerging Stoke City stopper Harry Souttar - whose mother was born in Australia - from under Scotland’s noses, the Tartan Army struck back to lure Gold Coast-born striker Lyndon Dykes into Steve Clarke’s fold.

The conundrum over which way to go when two countries come calling isn’t lost on him.

“You saw with Lyndon Dykes he could’ve chosen Australia also but went for Scotland and is very happy with that decision,” Boyle added.

“He’s loving it and has qualified got a major tournament. It’s always a personal choice and it will only be him and his family who know why he opted for Scotland.

“I’m happy for him and what he’s achieved so far.

“There was the time when Scotland enquired to see whether I was available for a call-up.

“But I’d done my hamstring at the time and it wasn’t to be.

“Then Graham came along to see whether I’d join Australia and a few phone calls were coming my way.

“Whenever you pull on that jersey you give it your all and try and build trust by your performances, which is what myself and of course Harry Souttar have tried to do. 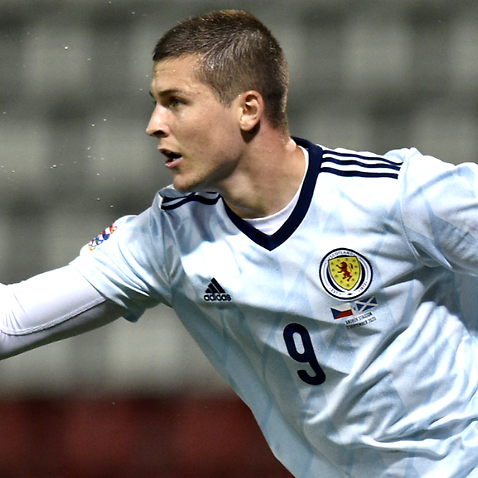 “You do your best to win people over that way.

“I feel we’ve both made a good impression and hopefully it will continue in that vein.”

Boyle followed up his debut against South Korea with two goals in his first full start in a 3-0 win over Lebanon.

His absence from last year’s AFC Asian Cup in the UAE with a serious knee injury was a critical blow which cost Australia, for whom he returned to action last November in the 1-0 FIFA World Cup qualifying win in Jordan.

“Arnie was never off the phone when I was injured, which was terrific, and (assistant) Rene (Meulensteen) has come up to watch me a few times at Hibs and we’ve sat down over a coffee to talk.

“To pick up just five per cent of that man’s knowledge is immense for me considering his background and what he’s achieved in the game (working alongside Alex Ferguson at Manchester United).

“They’re a good pairing and are doing a great job so far with the national team.

“Arnie trusted me and allowed me to represent Australia and it’s something I will never forget.

“When he called me in for the Jordan game I hadn’t even started for my club (after the injury).

“That was a big show of faith in me and a massive confidence boost.

“I think he kind of believed in me and knew what I was capable of and what I could bring off the bench.”

Boyle has scored three goals and chipped in with three assists in 13 appearances this season for fourth-placed Hibernian heading into Sunday’s (AEDT) duel with defending Scottish Premiership champions Celtic at Easter Road.

Meulensteen believes he’ll prove a game-changer as his international future unfolds, expressing surprise that a Celtic or Rangers haven’t targeted him. “He’s got something special about him, he’s not afraid to run at people and has a heart like a lion.

“He’s had a few injury setbacks but personality-wise he never stop smiling. He’s a good guy and a very good player.

“I’m actually surprised that a club like Celtic or Rangers haven’t come in for him because he’s got so much to offer, and is doing really well for Hibs right now.”