Mat Ryan has lifted the veil on his shock axing at Brighton, vowing to do everything in his power to reclaim his spot while admitting an extended spell in the shadows could pre-empt his exit from the Premier League battlers.

Speaking for the first time since Seagulls boss Graham Potter dropped a bombshell by handing the goalkeeper’s jersey to inexperienced understudy Robert Sanchez four games ago, Ryan expressed his surprise but said he hadn’t taken his omission personally.

There was consternation on the south coast when Potter called Ryan into his office before the goalless draw at Fulham two weeks ago and told him Sanchez, 23, would be given an extended run.

He was also informed he’d be free to leave in January should the right offer come along. Ryan, though, is staying professional and focused, insisting he still has plenty to offer at the Amex - given the chance.

“The day before the Fulham game, the manager told me he’d be giving the other goalkeeper (Sanchez) a substantial to run to see how he goes, and would be keeping Jason Steele as his second choice as he likes the way he fulfils the role,” Ryan told The World Game.

“He added that if I get a good offer in January I should take it, knowing that I want to be playing week-in week-out.

“It came as a shock and a surprise that he said that.

“Knowing where I stand now, from what was communicated to me, perhaps it might be better that we do go our separate ways.

“However, until that opportunity comes - and it’s a good project - then, as far as I’m concerned, I’m a Brighton player and I’m here to fight for my spot.”

Australia’s number one has been instrumental in helping the Seagulls maintain their top-flight status during an almost unbroken run of 121 appearances over the last three-and-a-bit seasons.

Though perplexed by his predicament, Ryan, 28, holds no ill-will towards Potter, whose team have continued to struggle in his absence - drawing with the Cottagers, Sheffield United, West Ham and losing 1-0 overnight to Arsenal to slip to within two points of the drop zone.

“I’m continuing to support the boys and I’ll get my head down and work hard,” he vowed.

“I still feel like I’ve got a lot to contribute and I’ll be trying to convince the manager I’m the best man for the job.

“I understand it’s not a personal attack on me. In any business, in any industry, if the bosses perceive there’s something better than what they’ve got they’re going to go about making changes.

“They’re giving it a test run to see if it works out, and I understand it from that point of view.

“In the last four games that I haven’t played the team still hasn’t won. 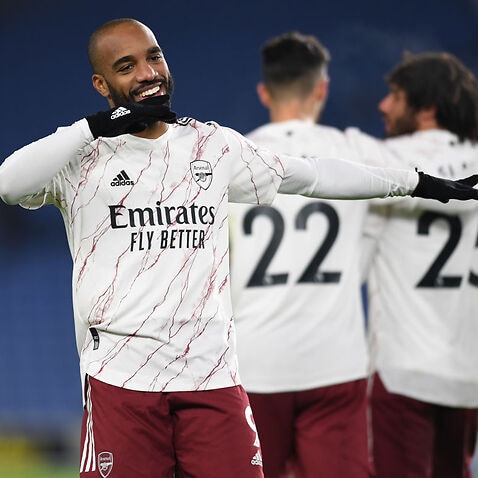 “I knew it wasn’t down to me that the team hadn’t been winning and I guess what’s happened since confirms that.

“I believe in myself and still feel I have a lot to offer the team.

“I’m committed to the cause at Brighton until the day comes that I’m no longer a Brighton player.”

Manchester-based Socceroos assistant Rene Meulensteen, who is in regular touch with Ryan, believes Potter has adopted a “high risk” strategy in promoting youth over experience with Brighton’s EPL status in jeopardy.

“I’m surprised that Maty has lost his spot, especially when you look at him as a keeper in his prime who has helped Brighton out of some precarious situations before,” he explained.

“While Sanchez is very talented - he hasn’t had a run of games previously at this level, let alone high-pressure games.

“For me, Maty is too good not to be involved. Leaving him out is risky when you consider what he has to offer, especially in crunch matches.

“I’d like to know the reason he’s not in the team but from Maty’s perspective he hasn’t downed tools and is working away in the knowledge that things could quickly flip again in his favour.

“That’s the attitude he’s adopted - and he’ll be ready when Brighton need him again.”

There has been conjecture in the UK that ‘expected goal stats’ - part of an armoury of algorithms released by Premier League boffins to assess goalkeeping performances - possibly vindicate Potter’s decision.

The stat in question denotes a number to each attempt on goal, depending on its degree of difficulty.

The number one, for example, would a simple tap-in from a metre out.

But, points out, Meulensteen the algorithms don’t take into account penalties, which are marked as if from open play, and deflections, and are thus inherently flawed

“Managers sometimes use stats to back up their decisions but these expected goal stats don’t always do justice to reality,” he said.

“They’re algorithms and aren’t provided by human beings - that’s where they go wrong.

“For example, in Maty’s case he’s conceded some deflected goals this season.” Whilst optimistic the pendulum may swing back in his favour, Ryan is also aware his availability could bring some interesting suitors to the fore.

“I’ve had a great time here - lots of fond memories and hopefully there are many more to come,” he reiterated.

“Of course, if things don’t change then perhaps moving forward the best thing could be to part company.

“But I’m not about to jump at something quickly and rashly as a desperate attempt to salvage my career or anything.

“I feel the experience I’ve picked up over the last three years in England shows I’ve got plenty to give to any club that wants to acquire my services.

“I think I’ve proved that through my performances.”