Gareth Bale feels he has been made a scapegoat at Real Madrid and is eager to reach an amicable conclusion with the club over his future.

The 30-year-old came close to leaving the Santiago Bernabeu for Chinese club Jiangsu Suning during the transfer window after being told by boss Zinedine Zidane he was free to leave.

Madrid's board reportedly blocked his exit at the last minute, however, and Bale has started all three La Liga matches this term.

Bale, under contract for another three years, believes he has been unfairly targeted during a period of upheaval for the Spanish giants and says he is "not playing happy".

"I understand I was made more of a scapegoat than most - I take it with a pinch of salt even though maybe it's not all fully fair," he told Sky Sports.

"Towards the end of last season was difficult, there is no denying that, not just for me but for the team. 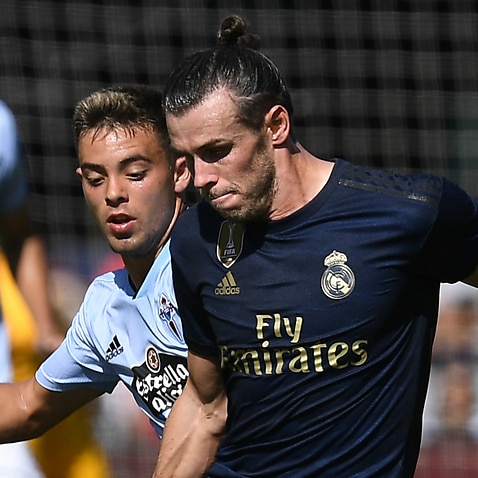 "When I'm playing I am professional and I am always giving all I can, whether that be for club or country.

"I'm sure there'll be plenty more turbulence, to be honest.

"I suppose it is something you will have to speak to Real Madrid about and it's between me and them, and we will have to come to some sort of conclusion."

Bale has started the new season in solid fashion with two goals and an assist in three La Liga matches, including a brace in Sunday's 2-2 draw at Villarreal before being sent off for two quickfire yellow cards.

The winger, who is in line to start Wales' crucial EURO 2020 qualifier with Azerbaijan on Friday, dismissed the notion it has been the most difficult period of his career.

"Coming back to pre-season, I just kept my head down and I know there was a lot of talk, with people saying the good, bad, or whatever they wanted," he said.

"It wasn't the worst time of my career. It has been not ideal, but I know how to deal with it and it's about keeping your head down.

"You get rewarded with the work you put in and I've started the season well and did a good pre-season, even if that hasn't been the case with the number of games.

"Things in football can turn quickly and it is just a matter of time."