Midfield dynamo Steven Ugarkovic - one of the most coveted players in the A-League - is seeking a release from the final year of his Newcastle Jets contract, telling club chiefs he “doesn’t want to be part of another rebuild”.

Ongoing uncertainty over the Jets ownership, and last week’s exit of coach Carl Robinson are weighing heavily on long-serving Ugarkovic, 26, who has attracted interest from two European clubs, seven in the A-League plus China, Japan and the Middle East.

Concerned by the lack of clarity over the “direction the club is heading”, he believes they should not stand in his way after five seasons and 118 appearances through good times - and often bad.

“I think I’ve shown a lot of loyalty to the club and I have a great relationship with a great group of players,” he said.

“But I feel it’s time for a change. I’ve told the club but they’re not willing to support or make any compromise and that’s not very comforting.

“I’ve given everything for the Jets in my time here but at this stage of my career I don’t want to be part of another rebuild.

“Ideally, I’d rather be somewhere where the future looks more solid and certain, on and off the field.

“It’s tough to have a huge amount of faith (in the club) right now.

“I’ve probably been unsettled for a couple of years. I did sign on for another season after the club provided a lot of assurances on what the future would look like.

“But unfortunately I don’t really feel that has panned out.”

Having played much of his formative football in Croatia at Osijek and HNK Gorica, Ugarkovic is free to talk to suitors after December 1 and pen a pre-contract elsewhere.

He said he’s open to “any and all options”. 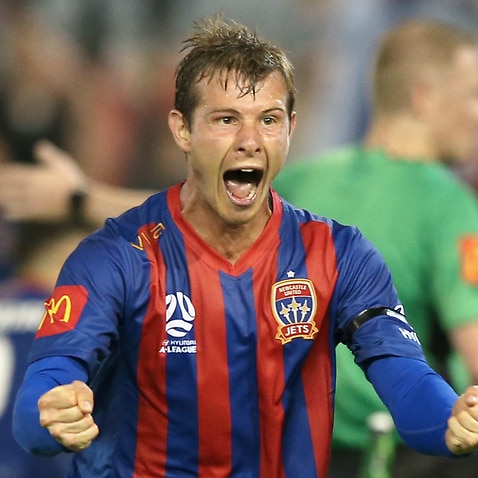 Mckinna declined to comment on Ugarkovic’s future when approached by The World Game.

“The bottom line is Steven wants out of the club,” he said.

“He was enjoying his football under Carl Robinson but that’s gone now and the Jets aren’t in a great place.

“We’ve asked for a release but the Jets have steadfastly refused.

“There’s an enormous amount of interest from A-League clubs and his form shows he’s one of the most wanted players in the competition.

“There are also a couple of European clubs who have shown strong interest over the last couple of months and he’d certainly be keen to get back over there again.

“Teams in Asia are also keen on him.

“He’s shown so much loyalty to the Jets over the years and he loves the playing group.

“But it’s the lack of direction that concerns him. At this stage of his career, he wants and deserves more. “The speculation over the club’s (off-field) future, with the issues around trying to find a buyer, hasn’t helped the situation.

“In fairness and respect to Lawrie, I understand that losing Steven would be a significant blow.

“But I have to do what’s best for the player going forward.

“There have been no formal talks with anybody and we’re not in a position, either legally or morally, to do that until the first week in December.”