Zlatan Ibrahimovic says he is "not here to be a mascot" at AC Milan.

Ibrahimovic scored AC Milan's first goal to spark an epic comeback against Juventus in Serie A yesterday and was extremely vocal with his teammates even after being substituted.

The towering Swede discussed his influence with DAZN, joking that he's Milan's "president, player and coach", as well as how he manages his body at age 38.

“I’m old, that’s no secret!" Ibrahimovic said. "Age is just a number. I am working well, getting a good balance, I played more today than the last game.

"I feel good, to be honest, and I am trying to help the team in every way.”

“I am president, player and coach! The only negative is that I only get paid for being a player!

"If I had been here from the first day of the season, we would’ve won the Scudetto.” 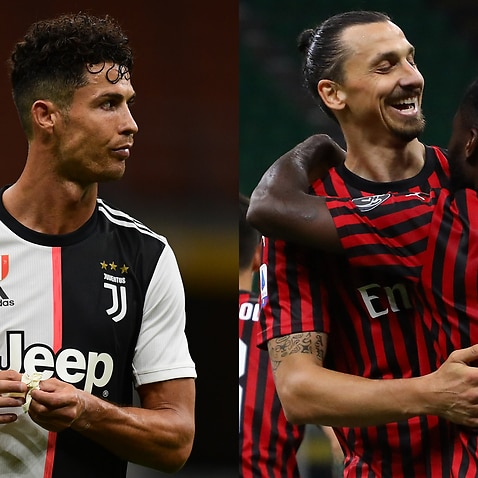 The striker dodged questions about his future beyond this season with cryptic responses.

“We’ll see, we’ll see," he said. "There is a month still to enjoy myself, but there is a strange situation going on and we are not in control of that.

“I don’t know if the fans have seen me live for the last time. It could well be, yes. Why? Read between the lines…

"It’s strange playing behind closed doors - if San Siro had been a full house, it would have been wonderful tonight.

“If I don’t make the difference [in matches], then I don’t like that.

"I am not here to be a mascot. I am here to help my teammates, club and fans.”