The Socceroos' maiden participation in the 47th Copa America in 2020 is perceived as a feather in Australian football's cap. A godsend, even.

The reputation of the national team that has taken part in the last four FIFA World Cups is such that the green and gold are now seen as worthy and respected participants in such a major international tournament.

Mind you, South America will also benefit from Australia's participation because Football Federation Australia got the Copa America out of a spot of bother by accepting the invitation to mix it with the flamboyant Latinos in a little over six months.

The Copa America is the world's oldest international competition and its latest edition comprising 12 teams will be staged jointly in Colombia and Argentina from June 12 to July 12. 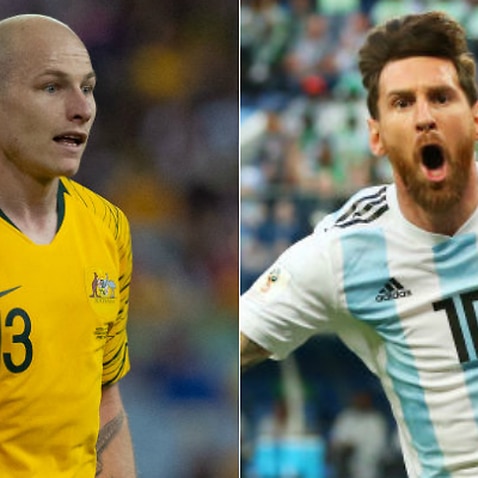 The Socceroos will play in the south group featuring Argentina, Chile, Uruguay, Paraguay and Bolivia.

The top four in each group will play in the quarter-finals.

So why will the last two AFC Asian Cup winners be locking horns with their South American counterparts?

To make up the numbers is one of two main reasons.

South America has 10 member federations and a 12-team format involving three groups of four or two groups of six works much better than a format with 10 teams.

Hence the decision by CONMEBOL in 1993 to broaden the event's horizons by inviting the United States and Mexico to participate.

The Copa America has comprised non-South American teams ever since and in 2016 - on the occasion of its centenary - a special tournament in the USA featured no fewer than 16 teams.

There is another important reason for CONMEBOL's expansionist approach and it has all to do with the bottom line.

South American football is not as rich as its European counterpart and the participation in the Copa America of 'foreign' teams representing large television markets - such as those in the USA, Mexico and Japan - has huge economic benefits, although the competition no doubt lost a degree of integrity by broadening its parameters.

The participation of Australia and Qatar will be seen by CONMEBOL as an opportunity to tap into new markets, although its first preference for obvious reasons would have been two teams from CONCACAF or the AFC that enjoy a big following.

The markets in Australia and particularly Qatar are minuscule in comparison with those of the US and Mexico, but CONCACAF will be absent from next year's event because the new Nations League finals will be played at the same time.

China was approached but it declined the invitation, paving the way for Australia's participation.

So Qatar's and Australia's willingness to come to the party would have been a huge relief for organisers, who were struggling to finalise the tournament's line-up.

And what if a non-South American team carries off the trophy, as Mexico nearly did in 2001?

The Mexicans went all the way to the final and ran into host country Colombia who won 1-0 thanks to a goal from defender Ivan Cordoba.

Victory for El Tri in Bogota would have caused South American football major embarrassment if not deep resentment.

Teams from the AFC and CONCACAF are seen as ideal. They will fill out a tournament to the required levels yet be expected to be mere makeweights and be on their way home before the serious business of the knockout stages commences.

Graham Arnold and his players have their own agenda and expectations and could not care any less about what is or what is not expected of them by the South Americans.

This will be an invaluable experience for the whole squad as they prepare for the far more important final phase of qualifying for the 2022 FIFA World Cup.

And knowing the Australian sporting mentality, nothing would give the boys more pleasure than a top 'underdogs' performance that would upset the odds and the applecart.