When you’re head-hunted by super agent Jorge Mendes you know the fates are smiling on you, especially when you’re an untested rookie from Australia.

And the smile has hardly left the face of Young Socceroos midfielder Ryan Teague after being transported from the A-League to Portugal’s Primeira Liga by the man who manages the multi-million dollar affairs of Cristiano Ronaldo, Jose Mourinho and Diego Costa.

The unlikely association between the perma-tanned wheeler-dealer responsible for $1.4 billion in active contracts and the kid from Sydney’s eastern suburbs began when his GestiFute agency cohorts Joao Camacho and Jonathan Sousa took a shine to Teague playing for the Joeys at last year’s FIFA U-17 World Cup in Brazil.

The lustrous-locked Teague, now 18, made the switch from Sydney FC to the rising force of Famalicao at the end of January on a five-year deal to join a club backed by Israeli billionaire Idan Ofer, who also owns a 33 per cent share in Atletico Madrid.

Teague knows how fortunate he is to have landed the chance to shine at a small-town club that 11 years ago were languishing in the fifth tier of Portuguese football but now sit seventh in the top tier and are ready to shake up the established order of Benfica, Sporting Lisbon and Porto. 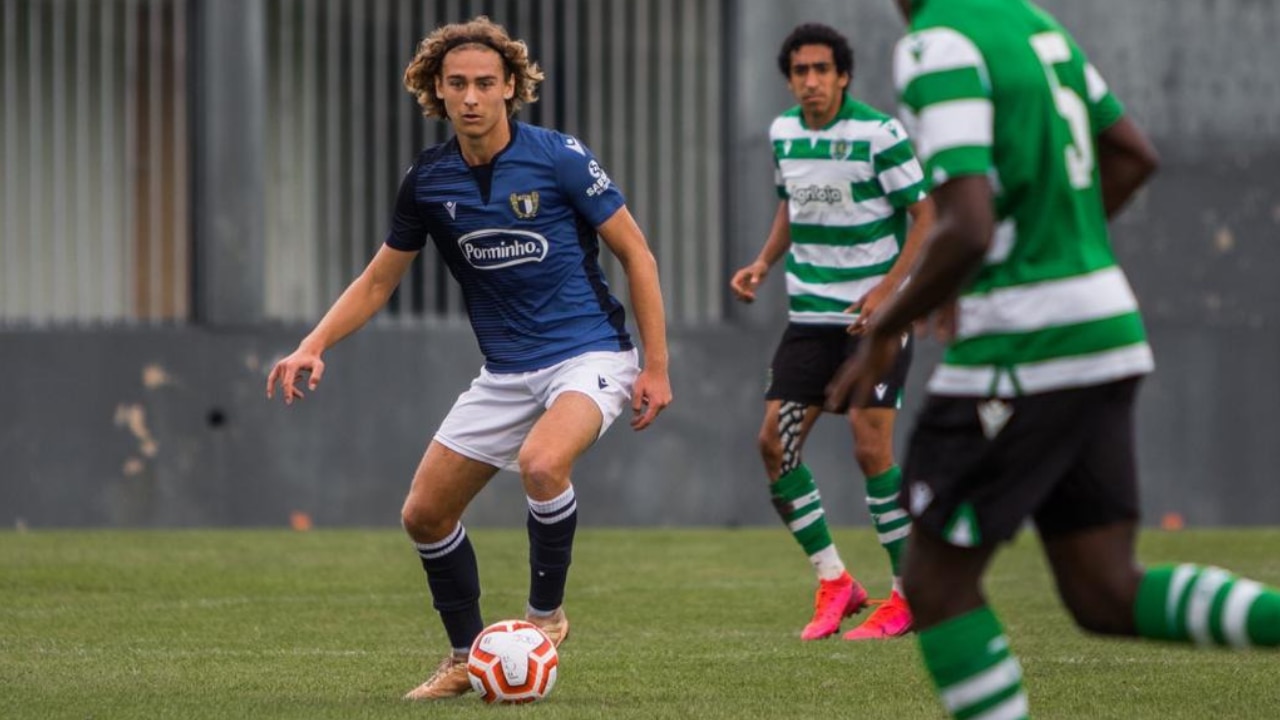 “After the World Cup, Famalicao approached me and once the transfer was completed I officially signed up with Jorge Mendes’ agency, who have a good relationship with the club,” Teague told The World Game.

“They obviously spotted me in Brazil and were happy with the way I’d played there.

“I’m the first Australian player they’ve (GestiFute) have had on their books, and being with them brings so much opportunity and support.

“I’m just so happy to be at this club - the average age (23) is one of the youngest in Europe and they’re really building something here.”

Teague's Father Phil, who helps guide his career, said: “Jorge is a bit of a rock star obviously - but he’s a lovely guy who's built a bit of a relationship with both myself and Ryan.

“He’s taken a hands-on role with Ryan which is great.

“There seems to be this stigma with Jorge that he doesn’t have time for players, but he has been so accommodating with Ryan and me.

"He had us over to have dinner with him and his family. I know very few agents at any level that would do that.

“There were a few clubs there for Ryan but the chance to progress quite quickly at Famalicao put them in front of everybody.”

Prior to the cessation of training last month due to the coronavirus shutdown, Teague hadn’t taken a backward step, appearing for both the U-19s and U-23s as well as training daily with the senior squad under head coach Joao Pedro Sousa, the former assistant to Marco Silva at Everton.

“The club came up from the second division last season and we’re pushing for the Europa League,” added Teague.

“I was surprised to be training with the first team so soon, and there are so many talented players here.

“Both they, and the coaching staff, have been helping me improve as a player.

“It’s humbling and exciting to be here and eventually I want to have a position in the first team.”

Mendes has been hugely influential in the club’s evolution, recruiting Sousa and bringing in 10 loan players from the likes of Wolves, Benfica, Porto and Valencia to augment $35 million worth of homegrown talent.

Based in Vila Nova de Famalicao, a town of just 140,000 not far from Braga in northern Portugal, the club’s ambitions outstrip its size.

Teague said Sydney FC, for whom he made one senior appearance, supported the move from the get go.

“The transition between the two clubs was very smooth and I think there’s a good relationship there,” he said.

“Sydney knew this was something I always wanted to do from when I was growing up and they were really helpful when the opportunity came around.”

The team have made a tentative return to an abbreviated form of training, with players now allowed back on the field in groups of two as the Primeira League gears up for a return to action, possibly some time next month.

“One of the biggest things I’ve noticed here is that from the defenders to the strikers everybody has excellent touch, and the speed and tempo is at a higher level to anything I’ve experienced before,” said Teague.

“When the ball comes to you you have somebody on your back immediately and you need to know exactly what you’re going to do next, whereas maybe before I could take two or three touches.

“I’m relishing the step up in standard.”

There were whispers before the lockdown that a senior chance might come sooner rather than later for Teague.

And with a compressed end to the season looming, and player rotation a necessity, that notion could well become a reality.