Massimo Luongo's recent Midas touch in front of goal has heightened interest in the Socceroos midfielder with Malaga, Crystal Palace and Aston Villa taking note of his scorching hot form as they look to strengthen their squads for next season.

With four goals in his last six Championship starts for Queens Park Rangers - and a commanding and creative display for Australia in their 0-0 with Colombia - Luongo is in career-best form heading towards the 2018 FIFA World Cup.

And conjecture over the 25-year-old's future will spiral should he continue on his current trajectory and take that form to Russia in June, with the Socceroos facing France, Denmark and Peru in the group stage.

Luongo's tally of six for the season comes after just one goal in the previous two campaigns for the west London club. 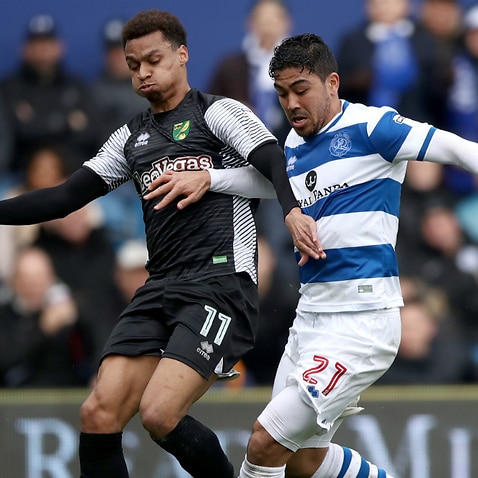 With two years left to run on his QPR contract, Hoops director of football Les Ferdinand has long acknowledged that should Luongo add goals to his game it "be impossible to hold on to him".

Luongo's mentor and advisor, former Tottenham and QPR scout David Magrone, said he is more than ready to flourish at a loftier level than Loftus Road, whether on the continent or the Premier League.

"Mass is doing nothing different but the big change is that he's been scoring and that gets you in the headlines," said Magrone, who initially spotted Luongo in Sydney and brought him to Tottenham as a junior.

"I have no doubt he has the capacity to play in the Premier League, and also in Europe, whether that's in Spain or Italy.

"When I was at Tottenham (as chief European scout) Tom Carroll, Ryan Mason, Jake Livermore and Nabil Bentaleb all broke through.

"Mass is just as good, if not better than all of them - and that's when he was at Tottenham. "He's an even better player now after 70 odd games in the Championship.

"Livermore was an England international and he played alongside Mass in centre midfield for Spurs' (Under-23s).

"There's no question of whether Mass is good enough, it’s a case of whether somebody will give him the chance.”

Villa, who are heavily in contention for a return to the Premier League, via the play-offs, nearly signed Luongo from Swindon three years ago, and are likely to make a bid should they go up.

Malaga, three points adrift at the bottom of the Primera Division, made enquiries in January and are still keen, whilst Palace - situated close to Luongo’s home in South London - are also long-time admirers.

"The argument has always been he doesn't score enough goals or create enough assists," Magrone said.

"But he's usually been the one who does the stuff before all those stats come into play, by winning the ball and releasing it.

"But he can also create and score, if you're willing to let him play a riskier type of game.

"And you can see that in recent weeks. Perhaps he's been a little more single-minded in his approach, especially when he's in and around the penalty area. 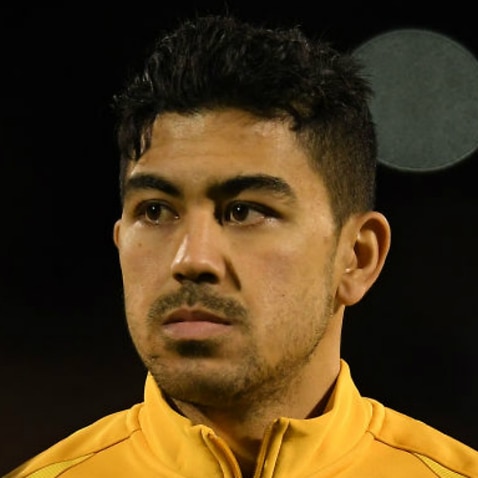 "He's not so worried now about what's behind him.

"He's normally one to put the team before he does himself.

"Even when he doesn't have his best game, he does things that show he can handle it at a higher level.

"When he's allowed to express himself at a club that plays through the middle rather than going long, that's when you see the best of him.

"He's had his best games for Australia when he can run the show, as was the case against Colombia when he stepped up in the absence of Aaron Mooy."