Fisht Stadium was named after a mountain whose name translates from the Adygean language as a ‘white head’. Symbolically, the arena’s roof is covered with a special polymer that creates the effect of a snow-capped mountaintop.

It is the only major stadium in Russia located in the subtropical area.

The stadium hosted the opening and closing ceremonies of the 2014 Olympic and Paralympic Winter Games.

Unique grass seeds were brought over from the Netherlands to grow the best turf possible.

Stadium architect Damon Lavelle was also the man behind the main stadium of the 2010 FIFA World Cup™ in Johannesburg. 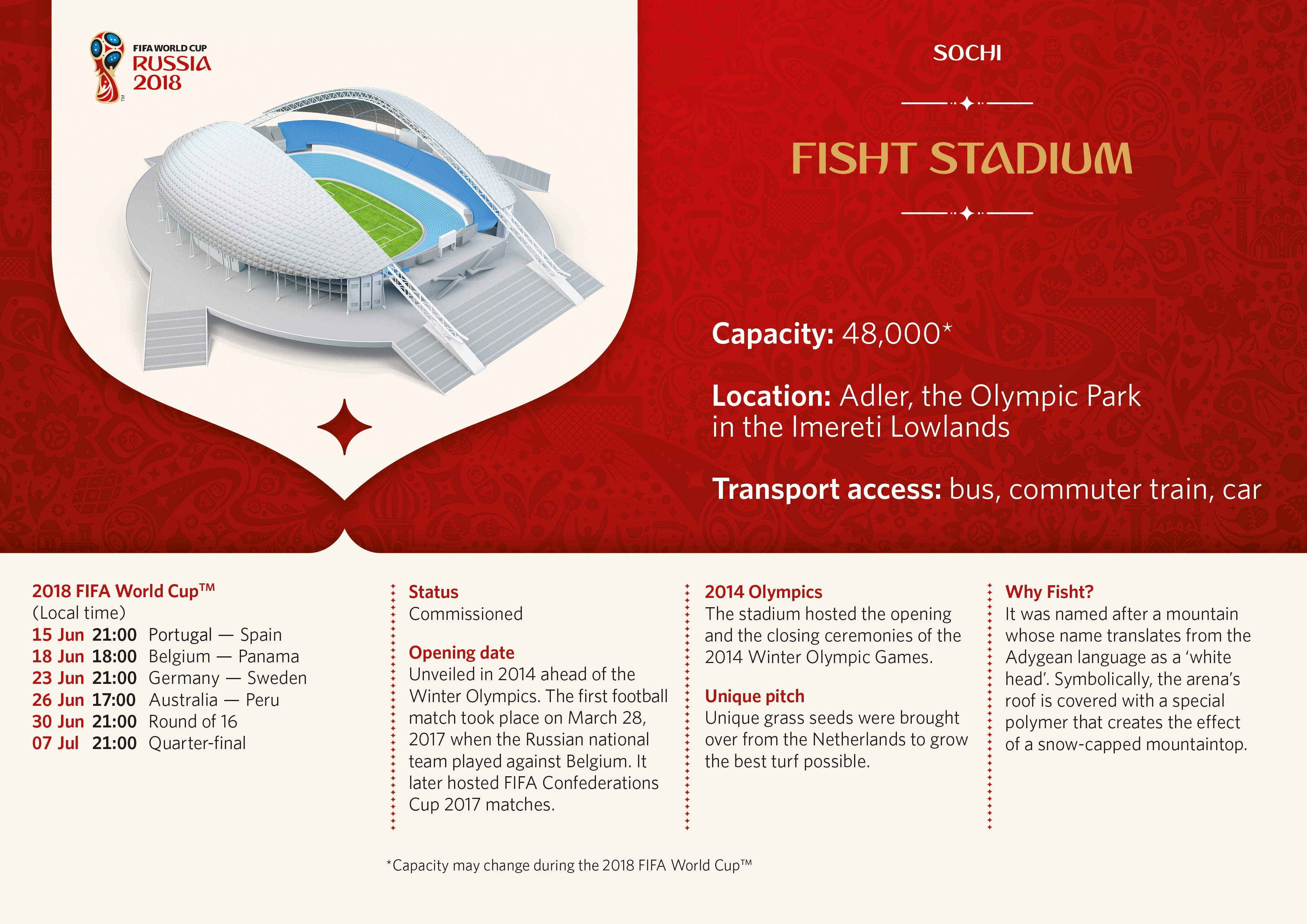 Sochi is the most famous and popular Russian resort. It spans 146 km along the coast of the Black Sea. Vacationers may enjoy the city all year round thanks to its unique combination of the subtropical climate and the mountainous landscape – you can ski in the winter and bask in the sun in the summer, while early spring and late autumn are perfect for recreation and improving your health. Sochi has become a prominent location in part thanks to the 2014 Olympic Games and the Sochi Autodrom, a Formula 1 racetrack.

Sochi is Europe’s longest city spanning 146 km along the coast of the Black Sea.

Sochi is the capital of Russian tea. The famous Russian groundsman Koshman was the first to grow a tea planta-tion near the city in 1901. It is now the place of the most northern tea in the world that has won major titles at international contests.