Hollywood to North Wales is not a path well-travelled but there are lessons that apply all the way to the other side of the planet -to New South Wales and beyond.

For those who have missed the news, or just can’t believe it: Hollywood stars Ryan Reynolds and Rob McElhenney paid US $2.5 million (A$3.4 million) to buy Wrexham. This old Welsh club, near the English border and not that far from Liverpool, have been languishing in the fifth tier of English football.

Yet, here are the Red Dragons making international headlines with the announcement video watched millions of times.

A message from our owners-elect...

It is not hard to understand why 98% of fans - of this fan-owned club since 2011 - gave it their approval: nobody knows what is going to happen but it is sure to be quite a ride.

The club's supporters' trust said: "As Wrexham supporters, we would like to wish them the very best of luck in charge of our football club and look forward to what the future brings."

It is that future that is intriguing.

If all goes well, there is a rags-to-riches story that sees Wrexham battle their way all the way to the promised land of the Premier League and a possible clash with Liverpool, a club that enjoys much support in the town.

That could take years, if it happens at all, but there is much glory, heartbreak and all the rest that could happen even if a place in the top tier never materialises.

Reynolds and McElhenney obviously have a feel for what makes a good story.

And it doesn’t exist without promotion and relegation.

That theoretical chance of an amazing journey to the top of the English game means that there is an opportunity to dream and with dreams come ambition, and with ambition in football comes investment, and with investment comes, usually, improvement. 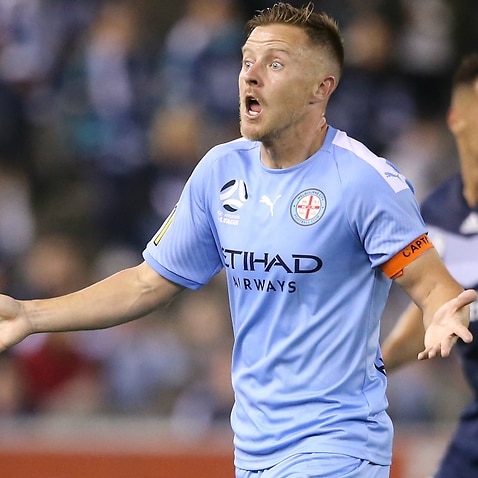 Wrexham are one of the oldest football clubs in the world and while teams in Australia may struggle to match that 156 year-old history, there are stories to be told all over the country.

Without promotion however, it is hard to dream and those stories lack a little stardust.

And that makes it hard to get anyone else excited about those stories.

This is a reason why Gary Neville, Ryan Giggs, David Beckham, Phil Neville and Nicky Butt bought an eighth-tier team in 2014 and Salford City are now in the fourth, and there is still an ambition for more.

Without the possibility of a place at the top, it would never have happened.

Who knows what would happen if dreams of distant glory were introduced in Australia? At the moment, nobody.

What we can say is that without that path, then any exciting, high-profile and glamorous Hollywood-style takeover is unlikely.

What should also be of interest is a documentary.

"That's happened. We're documenting it," McElhenney, an actor and director who created the TV show It's Always Sunny in Philadelphia, said.

With their experience, contacts and facilities, the pair will be able to produce a top-quality documentary and do it themselves.

This means they can collect all the money and that alone could cover their investment.

The A-League should watch closely.

Making your own content - whether in terms of live games, highlights or interviews etc - to sell directly to media companies could be lucrative.

In these uncertain times, the clubs that succeed will be those that are able to find alternative sources of revenue.

Not all will be able to attract Hollywood stars but the prospect of promotion and relegation and a hint of glory can be all it takes in some cases.

That should be kept in mind when those in charge of Australian football watch ‘The Rise of Wrexham’ on Netflix, Amazon or wherever else in a couple of years.