Western Sydney Wanderers have an exciting new signing in Jordon Mutch. The midfielder has had his ups and downs but there is no doubting the talent.

If the 29-year-old can recreate the form he showed for Cardiff City from 2012 to 2014 then Wanderers fans will be in for a treat.

“Mutch was only at Cardiff for two full seasons but established himself as a fan favourite,” CNN Sport Producer and Cardiff fan Ben Morse told The World Game.

“He struggled with injuries during his first season but played 22 games in Malky Mackay’s promotion-winning side.”

In the top tier, the midfielder scored seven goals in 35 games - impressive for a team that was relegated.

“While it wasn’t enough to keep us in the league - but there are a lot of factors that played into that - Mutch’s performances were excellent for the most part.”

As Cardiff fan of 30 years Gareth Price points out, the midfielder had few problems making the transition from the Championship to the Premier League. 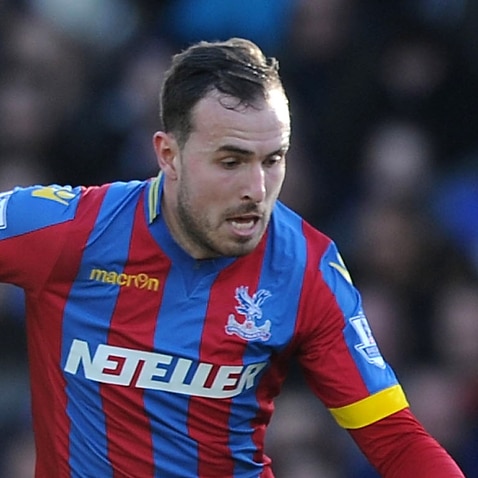 “He was one of the few that coped with the jump and demonstrated he could perform at that level,” said Price.

“I think it’s fair to say this was the best spell of his career to date. He is a box-to-box midfielder who isn’t afraid to get stuck in and is capable of scoring long-range stunners with both feet.”

He showed that with a spectacular injury-time winner at Fulham in September 2013 to give Cardiff’s a first top-flight away win for over 50 years.”

Morse was there. “Having gone ahead and then being pinned back by a Fulham side full of talent, we weren’t holding out hopes that we would hang on. But then up stepped Mutch. Having deftly controlled a goal kick in the 92nd minute, he swivelled and hit a brilliant 25-yard strike into the top corner with his weaker left foot. We obviously went absolutely wild in the away end and it is a treasured memory. There weren’t too many highlights that season but that was definitely one of them.”

“When he is in form, Mutch is one of those attacking midfielders that fans love to have in their team and opposing fans hate to come up against. Mutch is capable of producing those moments of magic to unlock defences, while his size means it is difficult for defenders to bully him off the ball.“

Such attributes meant that QPR came calling in 2014 after Cardiff’s relegation to sign the player for around $11 million. Cardiff fans understood that the player deserved to stay in the top tier

“Also, getting £6 million pounds for a player who we signed for around £1 million was great business by the club,” added Morse.

Harry Redknapp was in charge of QPR at the time and splashing the cash but Mutch’s time in West London didn’t work out. Guardian and Financial Times writer and Hoops fan Michael Hann doesn’t blame the player.

“That was a summer of signings built around Harry Redknapp switching QPR to a wing-back system that he dropped after a handful of games,” Hann said.

“And Mutch was one of a large number of No 10s the club has acquired. There was just no room for him in the team by September. When he was sold it was recognised it was not his fault. [Owner] Tony Fernandes tweeted that Mutch “didn’t fit into the manager’s plans”, rather promoting the response: 'Why did he sign him then?’ It was Redknapp’s failure not Mutch’s.”

Can't wait to see MUTCH more of this in the @ALeague 🤩 #WSW pic.twitter.com/FcpZcOLEVB

“Expectations were that he could add some energy and goals to a midfield that had chopped and changed a lot in the previous few seasons," he said.

"Prior to coming to QPR, I’d always had him down as a dynamic, box-to-box, goalscoring midfielder. There wasn’t much of that on show in the six months he was with us, sadly. In retrospect, it wasn’t entirely his fault.

“Mutch found himself in a fairly disjointed squad which struggled for cohesion and harmony on our return to the Premier League. He was in and out of the team a lot, and our manager at the time, Harry Redknapp, changed his system and formation a couple of games into the season, and then seemed disinterested and uninspired to get much of a tune out of them up until he left in February. It wasn’t clear where Mutch fitted into any of the systems.”

Just months after signing Mutch, QPR got most of their money back in selling the Englishman to Crystal Palace.

“I was a bit baffled that he left so soon after arriving,” said Ashworth.

“Obviously he hadn’t made much of an impression in his first six months, but with Redknapp close to the managerial exit door and a number of midfielders in the squad being a fair bit older than Mutch, I wondered if he might have got more game time as time wore on, perhaps under a change of manager, or after certain other players had departed. Once I’d got my head around the decision to sell him so soon, I do remember there being a bit of a relief that the transfer fee to Palace enabled us to recoup most of the money we’d originally spent on him.” 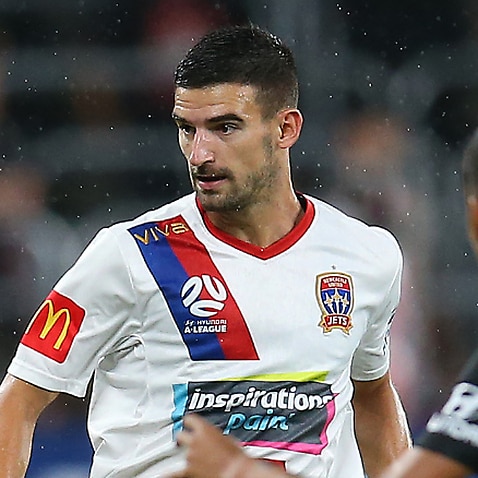 Ugarkovic Jets off to Wanderers - next season

He struggled to settle in South London and after subsequent spells at Reading, Canada, South Korea and Norway, a move to Western Sydney Wanderers could be the start of a return to the old Jordon Mutch, the player who starred for Cardiff.

“Two or three years ago after it didn’t work out at Palace or QPR, I think most Cardiff fans would have taken him back in a heartbeat,” said Price. “But he’s been injury-prone in recent years and has struggled to recapture his best form, so I think a fresh start overseas is the right move for him.”

Wanderers fans will be hoping so.