But the trophy was hoisted by Bayern Munich captain and goalkeeper Manuel Neuer who had produced world-class saves against Neymar, Kylian Mbappe and Marquinhos to help Bayern Munich to a 1-0 win against Paris Saint-Germain.

And the ultimate irony of the Sunday night in Lisbon was that Munich's winner came from Paris-born Kingsley Coman against his boyhood club.

Ever since PSG came under Qatari ownership in 2011 Europe's biggest prize in football was the club's biggest aim, with more than $A1.3 billion dollars spent on players including Neymar and Mbappe. 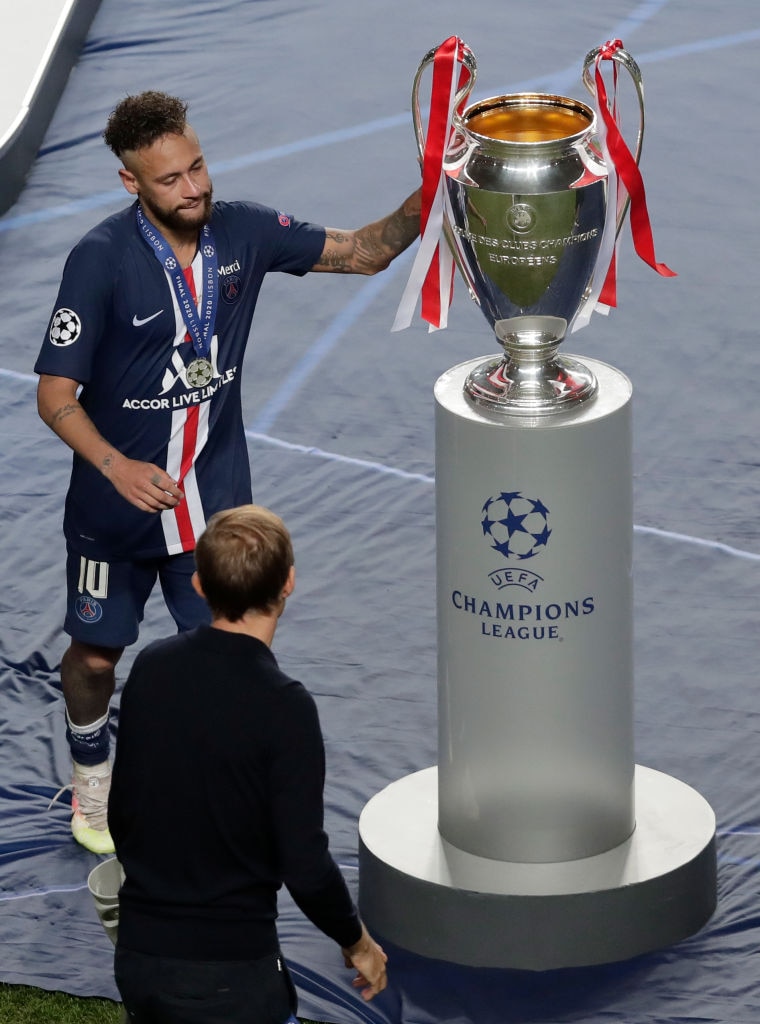 They never came as close as on Sunday because it was their first final in their 50 years as a club, the reward for a new-found team spirit under coach Thomas Tuchel in which the star forwards worked as hard as their teammates.

"I am very proud. It is always the worst feeling to lose a final like that," Tuchel said after his team failed to win the trophy for France 27 years after Olympique Marseille's success.

"Over the last two years we have built a special atmosphere. We must keep this spirit and mentality. We need to build another strong side to continue this run. That will be the challenge to rediscover this spirit." Midfielder Ander Herrera agreed, saying: "We have to think about the things we have done this season, the group we have created, the atmosphere we've created in the club. We've won four (French) titles and lost the Champions League final - without deserving to, I think."

But Herrera and Tuchel also acknowledged things would have been different had they scored, with Mbappe and Neymar not finding the net at all in the three games in Lisbon where they reached the final with wins over Atalanta and RB Leipzig.

"They were more clinical than us. When you play another top team in Europe, if you don't score they will," Herrera said.

"We weren't clinical enough. We want Kylian and Ney to always score, but you can't ask for that," the coach said.