Interim national technical director Trevor Morgan believes Caleb Watts has what it takes for a successful career in the Premier League after the 19-year-old delivered an impressive performance on debut for Southampton in the FA Cup.

After serving as an unused substitute in the club’s 2-0 Premier League loss to Leicester City over the weekend, Watts made his first senior appearance for the Saints overnight as they downed Shrewsbury Town 2-0 in the third round of the FA Cup.

With an injury-depleted roster available to manager Ralph Hasenhuttl giving him his chance, Watts seized upon it; playing 85 minutes and impressing onlookers - including a particularly important one - in his first proper taste of senior action.

"Every young lad did a good job,” Hasenhuttl said after the match.

“You could see in the dressing room they were a little bit nervous. They have to be brave, they know what they have to do and it was a good first game for them." With Mat Ryan continuing to sit on the outer at Brighton and Hove Albion, Watts looms as one of Australia’s best chances of retaining a regular Premier League presence in the coming years, having first joined the famed Southampton academy from QPR in 2017.

So far this season, he has 13 appearances across all competitions for his club’s U-23 side - starting in ten of them.

His senior bow against Shrewsbury - who recently said goodbye to Australian defender Matt Millar so he could return to the Newcastle Jets following the completion of his loan deal - was met with enthusiasm by those in Australia’s technical ranks; Socceroos assistant Rene Meulensteen watching on with a keen eye.

For his part, Morgan took Watts to the FIFA U-17 World Cup in 2019 and was delighted to see the youngster rewarded with a senior bow.

“It’s very pleasing,” Morgan told The World Game. “He’s a wonderful talent. He was exceptional for us at the World Cup and showed no fear in the matches we played. (He’s got) a lot of self-confidence.

“Players like him that are breaking into senior football, he’s 19 now, just turned 19, and there are other players that we took to the World Cup, several players that have already featured in the A-League this season that are only 18 years of age, which is fantastic.

“I think what it does is it shows the mobility, it makes us excited about the future and possibly throws a few more names into the mix for what might be 2022.”

Watts was given starting responsibilities in all four of Australia’s games at the U-17 World Cup, scoring in the Joeys’ 2-2 draw with Hungary and providing a crucial assist as they downed junior-international powers Nigeria 2-1 to book their place in the knockout stages.

And the Joeys’ gaffer is excited about what the youngster can become if he continues to plug away and put in the work to improve.

“Watts can be excellent,” he said. “He’s with a very successful team at the present time, and yeah they’ve got some injuries, but he’s a guy that can attack space quickly, he can score goals, he takes responsibility and wants to be on the ball.

“He’s got a very high work rate, he’s flexible in that he can probably play anywhere in midfield, and he’s an intelligent player; when you speak to him about the game, he understands the game and he reads the game.

“On top of that, he’s training in a Premier League environment and he’s had to fight his way up into that squad, so I think he can have an excellent career and very likely at the Premier League level.”

Eligible to represent both England and Australia at a senior level, Watts also proved himself a strong presence in the locker room during his time with the Joeys.

“He’s a good kid, he’s got a bit of a dry sense of humour,” Morgan said. “He’s got great relationships with the other players - he was very popular from the minute he came in. 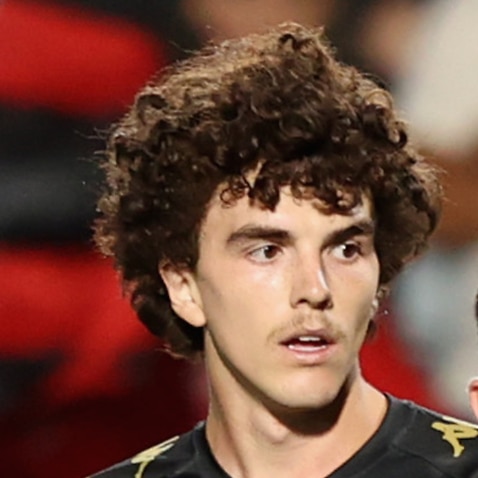 “He’s really keen to play for Australia, he’s very proud to have played for Australia even though he’s grown up in England. His father’s an Australian born and bred, he’s a doctor that works in London.

“He’s a really great guy, but he’s also a quiet guy at times, he’s not one of those ones that are looking to give the coach a kiss and a cuddle, he engages with you when he needs to in a football sense and otherwise keeps to himself.

“But he’s very good around the team. He shows leadership on the pitch, trains hard, has high standards and is a really exciting talent.”

Southampton are next in action on Saturday evening (AEDT), when they are set to meet Arsenal in the fourth round of the FA Cup.