Rogic was dismissed by former Aberdeen forward Noel Whelan this week as “no longer fit to wear the Celtic jersey”, in a brutal assessment of his form since being reinstated to the Hoops line-up by Neil Lennon 13 games ago.

Boyle, who lined up for Hibernian against Rogic’s Celtic in a 2-2 draw last month, wasn’t impressed by that indictment, telling The World Game: “Tom is a top player and a man you have to watch out for because he can hurt you at any moment.

“Teams are wary of that and always have their attention on him.”

Whelan, now a BBC radio pundit, launched his rocket at Rogic after watching him in action for misfiring champions Celtic in Monday’s 1-1 draw with St Johnstone. He told Football Insider: “Rogic has struggled this season, he really has.

“He used to be the player you could rely on to produce a moment of magic, to do something special.

“But we haven’t seen much of that recently, even though the whole team has been terrible.

“You look at him and he’s a shadow of his former self, like quite a few of them.

“He’s not fit to wear that famous jersey, and he’s not the only one.”

With his Hibs side sitting third in the Scottish Premiership behind Celtic and leaders Rangers, Boyle acknowledged the Bhoys are “going through a sticky patch”.

“Everyone is feeling the effects of that, including the coach Neil Lennon. I know him personally and I’m sure he’ll come through it,” he said.

“With Tom - he’s only just come back into the team after being out for a while.

“He’s been in Scotland a good while now and he’s a really talented player.

“For the size of him, the ability he has with his feet and the sort of goals he scores, it’s exceptional.

“He got one against Milan at the San Siro last week - he also has that eye for a pass and loads of ability all round.

“He’s at one of the biggest clubs in the world and he’s thrived off it.”

There was talk of Rogic departing Celtic Park for Qatar earlier this year, but Boyle is delighted the 27-year-old stayed in Scotland.

“I’m glad he didn’t go because I personally relish playing against quality players like him,” he added. 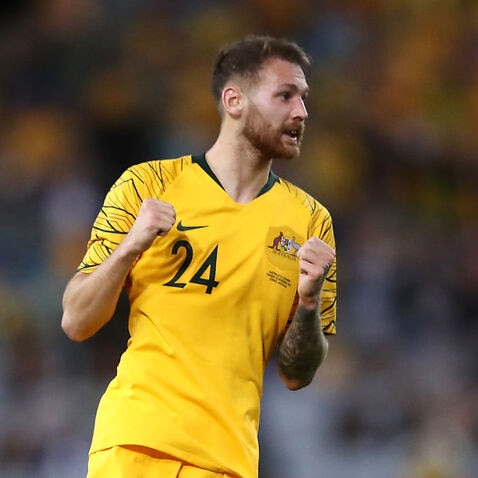 Celtic trail Rangers by 13 points but have two games in hand on their Glasgow foes, with Hibernian two points adrift of Lennon’s men, having played two games more.

“The way Rangers are going they’re in such a strong position but you can never rule Celtic out with the calibre of players they have,” Boyle warned.

“They’ve got games in hand and still have to play Rangers a few times, so it’s going to be a good run-in.

“Rangers have been in this position before and have then fizzled out, so it’ll be interesting to see what happens.”

That said, Boyle - who scored his fourth goal of the season in the 3-0 win over Motherwell at the weekend - isn’t convinced Steven Gerrard’s team will waver this time.

“Right now every player is on form ... they’re dying to stop Celtic making it ten in a row and are putting everything towards the cause,” he pointed out.

“They’re not even grinding out results - they’re giving teams a good hammering.

“We’re not too far behind Celtic and hopefully we can challenge.

“Personally I’m just hoping to improve with each and every training session.

“I’m working on different aspects of my game. I know the things I can bring to the team - the goals I can score and how I can hurt teams.

“A lot of it comes down to that belief and having that free role to get at teams.”