Shunned Socceroo Daniel Arzani hasn’t been given “a dog’s chance” by FC Utrecht coach Rene Hake but can still thrive at the right club, according to national team assistant Rene Meulensteen.

However, his successor Hake says Arzani, 22, “hasn’t met expectations”, and a premature exit appears imminent for the youngster whose career is at a critical crossroads.

Dutchman Meulensteen has been in regular contact with Arzani - who has made just five appearances in all competitions - and is adamant he can still ultimately deliver on at least some of the extravagant expectations generated by three appearances at the 2018 FIFA World Cup and subsequent (though ill-fated) move to Celtic.

“It looks like Daniel isn’t the flavour of the month for the current coach,” said the former Manchester United assistant.

“If coaches don’t like the look of this or that then it becomes very difficult.

“And that’s the situation Daniel finds himself in. We all know he’s a very talented boy and a fantastic player.

“But he also needs a certain way of management to get the best out of him.

“He hasn’t been given a dog’s chance (under Hake). 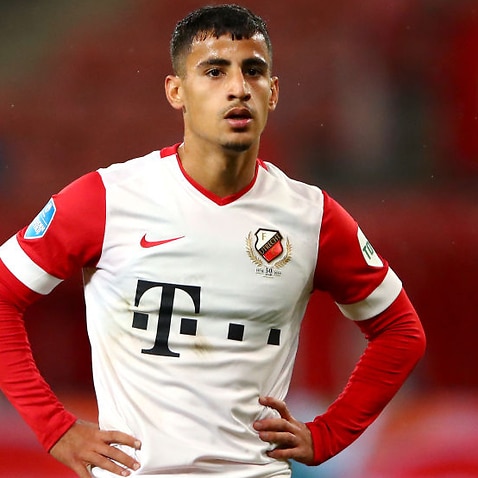 “When he’s been with Socceroos and the Olyroos we’ve seen how gifted he is and Arnie (head coach Graham Arnold) and I both agree he can be a really good player for us.”

Meulensteen believes a move elsewhere - preferably remaining in Holland - should be looked at urgently by the former Melbourne City prodigy’s agent Vince Grella along with his parent club.

“Daniel shouldn’t read too much into things,” he added.

“He just needs to make sure his agent and his club (Manchester City) find a solution quickly.

“If a club doesn’t want you then there’s no point in staying.

“I had a few conversations with the previous manager and he had totally the opposite view of Daniel (than Hake).

“He acknowledged that Daniel has a certain type of personality, a bit of arrogance and confidence about him and high expectations of himself. And he didn’t mind that.

“That’s not a bad thing as long as you produce on the pitch.

“John van den Brom expected to sell Gyrano Kerk, who plays in Daniel’s position, to Italy during the last window. But that never happened.

“It’s funny with players - some excel in training but struggle in matches whilst others don’t seem to shine at training but are phenomenal in competitive games.

“In Daniel’s case, it looks like Rene Hake has made his mind up about him.”

When van den Brom was poached by Danny Vukovic’s Genk 10 weeks ago, Hake was promoted internally as his replacement and he has been less than complimentary of Arzani’s contribution thus far.

Asked by Sportingnews.com whether Arzani might be on his way out, he replied: “That could happen. It’s clear that he doesn’t meet our expectations”.

“I think as a player of FC Utrecht you need to show something to make me think, 'This is a player I can build and rely on'.

“If he brings too little, you can make the choice to leave him out of the squad.”

With Australia due to restart their 2022 FIFA World Cup qualifying campaign in March, Meulensteen doesn’t want to see further interruptions to Arzani’s development.

“I think he can play in the Dutch league still, and can push on elsewhere,” he said.

“He certainly needs to be in a competition that means something, not going back and playing in the Under-23s at Manchester City.

“It’s a tough one because he’s already had bad luck with injuries during his time at Celtic and needs that week-in-week-out action.”

There have even been suggestions a return to the A-League with Melbourne City might be a possibility, as Arzani juggles his options.