Chelsea head coach Maurizio Sarri has not held discussions with Eden Hazard over the star forward's future and insists there is 'no problem' with the Belgium international.

Hazard's future has been a subject of speculation over the close season, with his superb showing during Belgium's run to the semi-finals of the 2018 FIFA World Cup again prompting links to Real Madrid.

Sarri replaced Antonio Conte as Stamford Bridge boss early in pre-season and he is looking forward to working with the 27-year-old, who will not feature in Sunday afternoon's (Monday morning AEST) Community Shield against Manchester City at Wembley after being granted an extended post-Russia break.

"I talked with him, we didn't talk about this," Sarri said, when asked about Hazard's future plans.

"We talked only about 'can I arrive on Monday instead of Sunday?'

"In this moment there is no problem for Hazard." 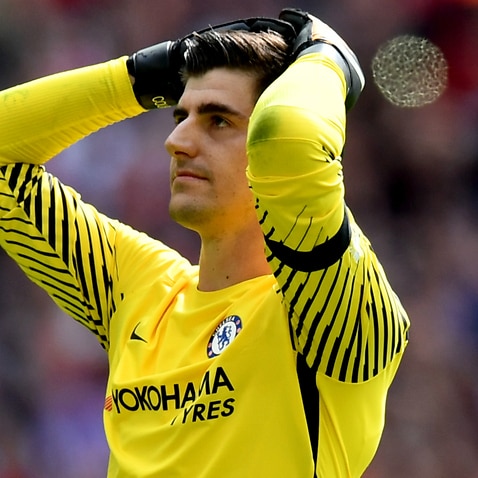 Chelsea goalkeeper and Hazard's countryman Thibaut Courtois has also been the subject of more reported overtures from Madrid, although Sarri is also keen for further additions to his squad alongside £57 million (A$100.15 million) midfielder Jorginho.

Nevertheless, the former Napoli coach appears keen to avoid the confrontation over transfer policy with the Chelsea hierarchy that played a key part in Conte's downfall.

"The table of the last Premier League told me City 100, Chelsea 70 points," he said.

"We have to try to reduce 30 points and I know only one way: to work. 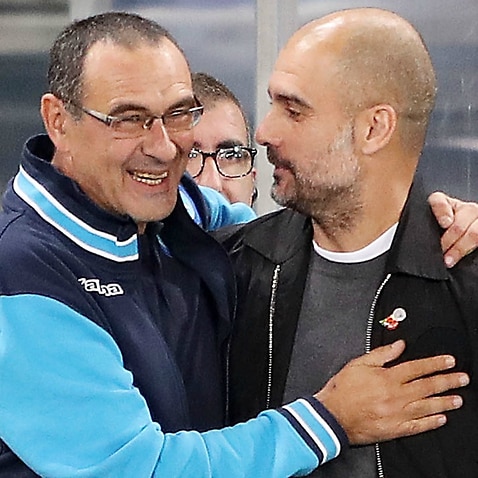 Guardiola and Sarri ready to dine out at Wembley

"My job is this, to improve my players. I will try to do it. I don't think that every problem can be resolved by the market."