Jackson Martinez could not find a way through on his debut as Guangzhou Evergrande Taobao began the defence of their AFC Champions League title with an underwhelming goalless draw against Pohang Steelers.

Luiz Felipe Scolari's team won their second continental title in the past three seasons last year but there was no way though against their Korean opponents, with Colombia striker Martinez enduring a frustrating night in attack after his club record move from Atletico Madrid.

"Jackson Martinez has been with us 12 days only and it will take time for him settle in," Scolari said afterwards. "We were not in the shape for playing real matches. We will work on it.

"A match every four days won't kill us, but we will play in turns for four or five positions due to tactical reasons, not physical reasons.

"We are still two or three matches away from having the right season vibe back."

In the other Group H match, Urawa Red Diamonds were deserved 2-0 winners at home to Sydney FC of the A-League. 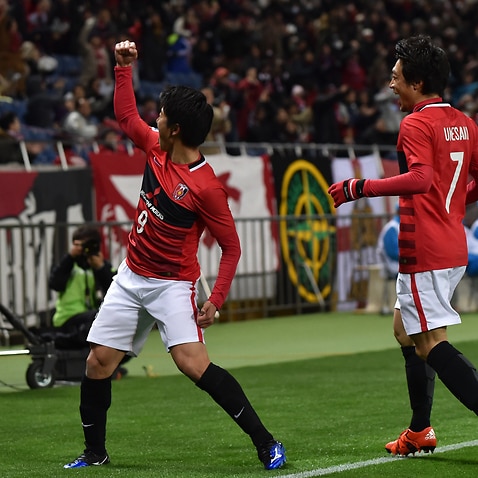 Yuki Muto capitalised on a defensive mistake from Zac Anderson to reward a blistering start from Urawa, who made sure of victory when substitute Shinzo Koroki won and converted a 65th-minute penalty. 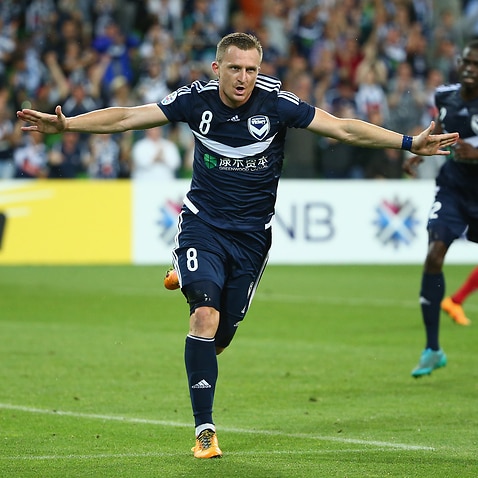 Jai Ingham opened the scoring for the hosts at AAMI Park before Wu Lei pulled Sven-Goran Eriksson's team level early in the second half.

Iran's Tractor Sazi stormed to a 4-0 victory against Al Jazira of the UAE in Group C, with Bakhtiar Rahmani and Shoja Khalilzadeh giving them a two-goal advantage within nine minutes.

Substitute Mehdi Sharifi added a third before Rahmani completed a brace as the hour approached, while group rivals Pakhtakor and Al Hilal played out a 2-2 draw.

A last-minute strike from Davronbek Khashimov ensured a share of the spoils for the home side at Pakhtakor Stadium.

Omar Al Soma netted a second-half header to give Saudi Arabia's Al Ahli a 2-1 win over their Uzbek opponents Nasaf, while Group D counterparts Al Ain concluded a miserable round of fixtures for UAE sides by suffering at 2-1 loss at home to Qatar's El Jaish.

Abderrazak Hamdallah and Romarinho punished slack defending before half-time and Al Ain could only halve the deficit – Brazilian Douglas scoring a 66th-minute penalty, having missed an initial kick from 12 yards seven minutes earlier.