This Monday, football’s golden girl Samantha Kerr could become the second Matilda and just the third Australian in history to win a UEFA Champions League medal when Chelsea face Barcelona.

WATCH Matildas superstar Sam Kerr in the UEFA Women's Champions League Final as Chelsea face Barcelona LIVE, FREE and in HD on SBS and live-streamed via SBS On Demand on Monday, May 17 from 4:30 am (AEST).

A victory for Kerr’s side could see her join Ellie Carpenter, Harry Kewell and Zeljko Kalac on the illustrious winners list, with midfielders Alison Forman and Sharon Black the only other two Australian women to have played in a UEFA Women's Champions League final.

The fact that the match will be contested between two teams who are Champions League final debutants adds to the fairy-tale nature of the occasion - one that not even the football gods could have scripted better.

Less than two years after the news broke in November 2019 that Kerr had signed for the Blues, the talented forward has been catapulted onto the global stage of superstardom. 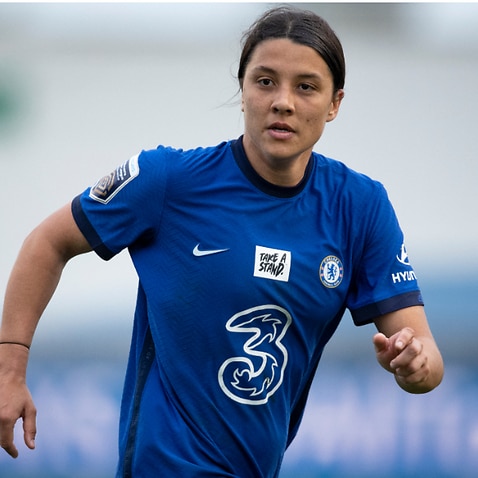 Endorsement deals have rolled in, headlines have been made, records have been broken and critics have been silenced, but Sam lets her football do the talking.

If that wasn’t enough, when five-time Ballon d’Or winner Cristiano Ronaldo took to his Instagram story to give his fellow Nike sponsored athlete the tick of approval, “another dream in the making” could not have been more on the money.

That the 27-year-old born in Fremantle, Perth has conquered three different continents in front of goal after she collected her sixth golden boot overall, cements her status as one of the greatest footballers Australia has ever produced.

But, irrespective of the result come this Monday morning - what Kerr has done for women’s football in this country far outweighs any number of silverware in the cabinet or mainstream media headlines.

Kerr’s brand extends beyond her scintillating partnership with teammate Fran Kirby, iconic backflip moments in the green and gold and trademark forward runs because through it all, she has become a symbol of hope for Australia’s aspiring female footballers. 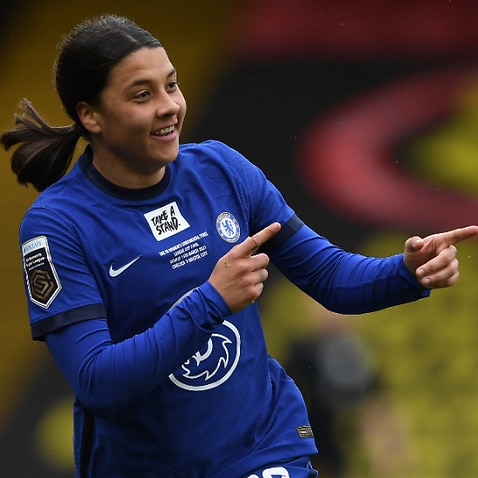 Ever since the first Matildas team assembled in 1978 - this national team has faced and embraced, endless challenges.

From paying their own way in tournaments, donning Socceroos hand-me-downs, waging war on the governing body in the way of a lawsuit, going on strike to improve their pay conditions and scaling the globe for game time - these players, both past and present, have made more sacrifices than we can count.

In September 2015, shortly after the news had broken of the Matildas decision to strike off the back of their historic World Cup in Canada, the father of a young girl approached me at a local junior football match.

On the cusp of tears, he told me that he was considering pulling his daughter out of the game because “there’s just no future in it for her and I don’t want her to struggle for the rest of her life.”

It was heartbreaking to hear but almost six years on, our beloved Sammy, together with her teammates, have careened through barriers and created solid pathways for future generations. Kerr’s talent, hard work and unabashed love for the beautiful game is what has seen her reach meteoric heights but it’s what her achievements represent to young girls that matter most.

Promise, self-confidence and a sustainable career in football.

In the last week alone, Kerr has graced the front covers of major newspapers and touched the lips of mainstream media’s nightly newsreaders and although the great Cristiano said she was “a dream in the making” - her journey has now become a reality worth chasing.

So, on behalf of the Australian football community Sammy, we wish you well for this historic occasion and want you to know that whatever the outcome against Barcelona - you will always be a winner to us.