Jurgen Klopp would welcome Liverpool being given an asterisk if they win the Premier League title, saying it would point to "the most difficult season ever".

Liverpool will resume their season with a clash against rivals Everton on Sunday, sitting 22 points clear at the top and on the verge of winning the club's first league title since 1990.

But after a break of more than three months and with games being played behind closed doors due to the coronavirus pandemic, critics say titles won this year will come with an asterisk.

Klopp said he would happily accept one, insisting it would highlight just how difficult a season it has been.

"Usually I do not pay too much attention to what everyone is saying around us," the Liverpool manager told UK newspapers.

"Now I have had a lot of time to read and I heard a lot and saw a lot. When that came up I had to google the word asterisk. I only knew the word from the comic [Asterix] before.

"This is the most difficult year and season to become champions. It is an interrupted season like has never happened before. 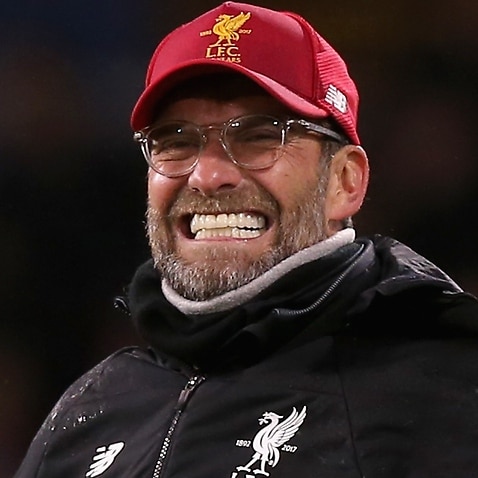 "Whoever will be champions at the end it will be historical because it is a year that we will never forget because hopefully it is the only year we ever have like this as human beings and a society because I hope we find solutions for this kind of thing in the future.

"It is historic now more than ever. Give us an asterisk. Yes, do it. Because it is the most difficult season ever and the only difference is there is quite a points gap between us and other teams.

"But if you saw [Manchester] City playing the other night, saw the team they played and saw the bench they had where they changed five times and there was still no Leroy Sane on the pitch, you think, 'Wow, that is really impressive.' That is our opponent."

With 27 wins in 29 Premier League games this season, Liverpool are two victories away from securing the title.

Klopp hopes his side can finish the job in style, although admitted to some uncertainty as to how they will perform behind closed doors.

"We worked so hard for this and we do not want to get over the line somehow. We want to play football," he said.

"Nobody has to tell us we are nearly there. I am not interested in nearly, or in close. I am interested in playing the best football we can play.

"We have no limits or comparisons to football behind closed doors. Is it possible to play outstanding, great, run a lot and run more than other periods? I do not know, but let's give it a try."