Getafe have beaten Real Sociedad 2-1 in La Liga to maintain the pressure on fourth-placed Sevilla for a Champions League spot.

They had a huge slice of luck in the first half when Hugo Duro won a dubious penalty.

It appeared he had trod on Real Sociedad defender Robin Le Normand but the foul was awarded in his favour and Jaime Mata scored from the spot. 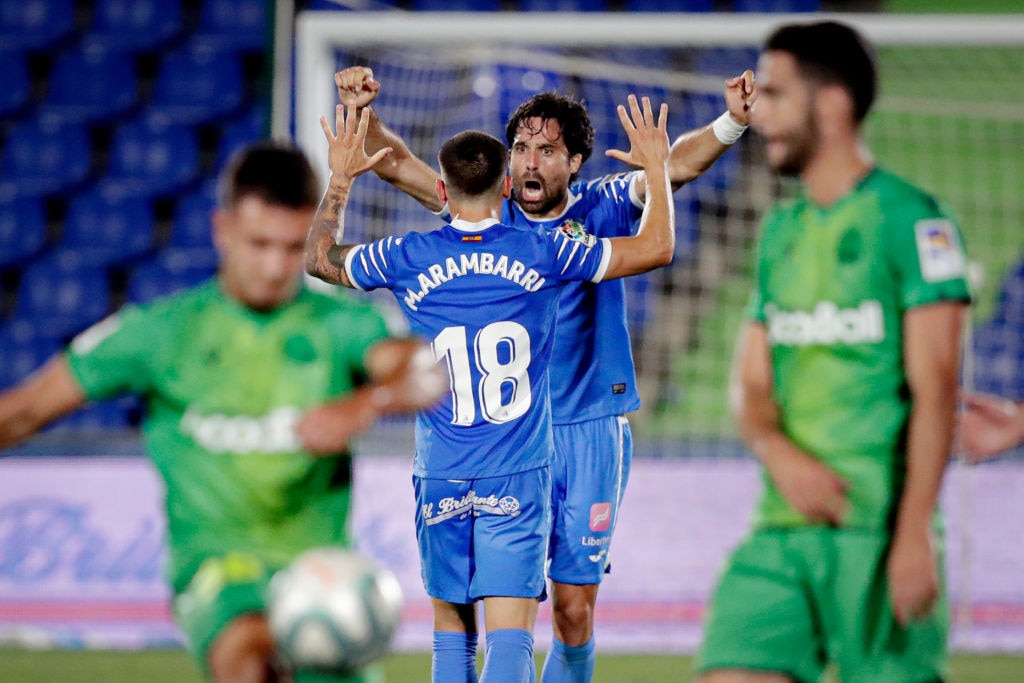 Adnan Januzaj then raced clear to equalise on 56 minutes but Mata grabbed his second with seven minutes left, catching Aritz Elustondo napping and beating Alex Remiro at his near post.

Getafe move to fifth two points behind Sevilla in the battle for the fourth Champions League spot.

Real Sociedad have now lost their last four games and must now scrap to ensure they at least make the Europa League places.