His international starting debut was a baptism of fire, but former Sydney FC teenager Alex Gersbach knows it's all part and parcel of such a rapid rise into the Socceroos ranks.

Gersbach was thrown into the line-up for Tuesday night's 2-1 loss to Greece and endured a steep learning curve as he attempted to make his mark in an off-colour Australian showing.

The talented 19-year-old left-back, who recently moved to Norwegian heavyweights Rosenborg, was lucky not to be sent off for a reckless first-half challenge though did well under testing circumstances.

His self-assessment was less than glowing.

But it's difficult to forget that three days earlier in the first friendly with Greece in Sydney, it was Gersbach who provided the assist to Mathew Leckie's last-second winner in his 10-minute debut off the bench.

It's the latest instalment in a meteoric rise following his A-League debut less than two years ago.

"I was in camp last time for the (March) World Cup qualifiers which was a great experience, but I didn't get any game time.

"Now I've come in and have a bit of game time, so I'm really happy about that.

"I'm just not as happy with how I played.

"Everyone has made me feel really welcome and a part of it, and I'm starting to understand how everything works and how we want to play.

"Obviously there are going to be ups and downs, and this was a bit of a down."

Regardless, Gersbach has twice been selected alongside fellow left-back Brad Smith ahead of others including Jason Davidson, Aziz Behich and James Meredith.

And Postecoglou's recent satisfaction with the previously problematic full-back positions is a hint the Sutherland product is set to continue on his upward trajectory.

Gersbach decided his dream of playing in Europe could wait no longer in January, despite Sydney coach Graham Arnold advising him to develop in the A-League for another season.

And with Rosenborg leading Norway's Tippeligaen and Gersbach getting more game time, he's sure he made the right decision. 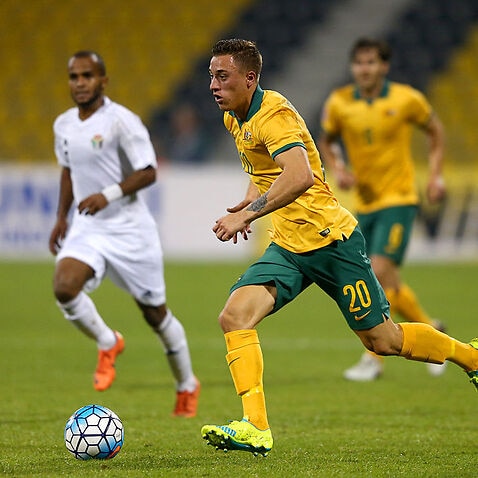 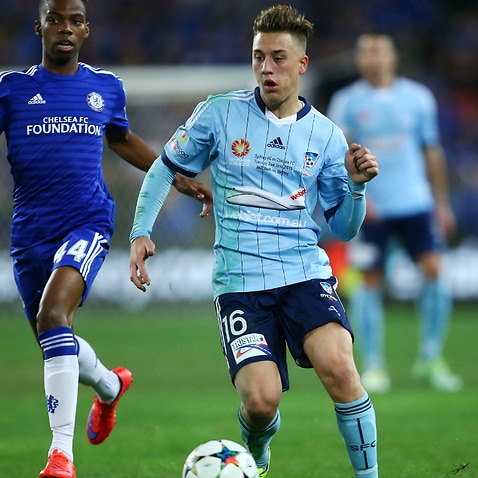 "I'm really happy with the club, how they work and how they do things," he said.

"And since I've moved there I've been involved in the Socceroos.

"I just really want to get back there and try and cement my spot in the starting XI because I haven't quite done that yet.

"That's the most important thing, because obviously you've got to perform when you come into Socceroos camp, but you've also got to make sure you're playing regularly at home.