Experienced Matildas midfielder Emily Van Egmond says Sunday's match against Olympic champions Germany will be a crucial one for Australia in their lead-up to the Tokyo Games in July.

The clash in Wiesbaden will be the Matildas' first outing in more than a year and the first under new coach Tony Gustavsson.

Van Egmond, who knows many of the German players well having played with Frankfurt and Wolfsburg during her career, says while the clash is a friendly, it will be of huge significance to Australia's Olympic preparations.

"Germany's obviously a world-class team and they have some of the best players in the world individually there as well," van Egmond said. "From a challenge point of view it's going to be huge for us but one we're up for and one we're looking forward to.

"It's going to be a good test to see where we're at and get a good gauge for us going to the Olympics and I think that's the most important thing, focusing on ourselves as a team and doing what we can to be the best we can for Tokyo."

The Matildas have never got past the quarter-finals at the Olympics, heartbreakingly losing to Brazil on penalties in the last eight in 2016.

Australia will be aiming to at least be in medal contention in Tokyo, boasting a team that has several players competing across Europe's big leagues including van Egmond at West Ham United, national captain Sam Kerr for Chelsea, Lyon's Ellie Carpenter and Arsenal stars Caitlin Foord and Steph Catley.

While Carpenter and Catley are unavailable for Sunday's game and next week's clash with the Netherlands, the rest of the squad has made the most of the chance to work with Gustavsson for the first time since his appointment as coach. 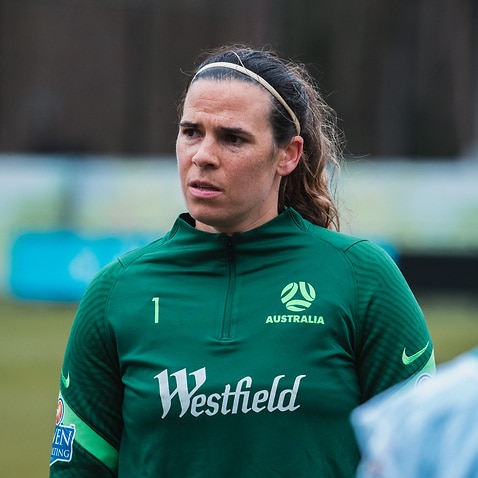 Matildas excited to test themselves against world's best, says Williams

"Whenever a new coach comes in it can always be a lot of information overload but I think he's found the balance quite well," van Egmond said.

"It hasn't been too much but at the same time, it's been enough for us to be able to know what our individual jobs are going to be and how he sees the team moving forward.

"The girls are just so excited to get out there, play again together and build towards the Olympics."