Napoli head coach Gennaro Gattuso said "you can't just go to the supermarket and ask for €10 of determination" as the club continue to stutter following a shock loss at Hellas Verona.

Gattuso's Napoli lost for the second time in five days after being overhauled 3-1 by Verona in Serie A action on Sunday.

Napoli were beaten 2-0 by rivals Juventus in the Supercoppa Italiana on Wednesday, and they tasted defeat again, despite Hirving Lozano's memorable opener.

Lozano broke the deadlock after just 8.95 seconds – the third-fastest goal in Serie A history, behind Rafael Leao (2020) and Paolo Poggi (2001).

Excluding penalty goals, only Cristiano Ronaldo (11) and Luis Muriel (10) have scored more than Lozano (nine) this season in Serie A.

But that was as good as it got for Napoli, who conceded an equaliser prior to half-time before Antonin Barak and Mattia Zaccagni secured maximum points for hosts Verona.

Napoli – sixth in the standings, two points outside the top four and nine adrift of leaders Milan – have only won three of their past eight league matches as Gattuso voiced his frustration post-game.

"I make the decisions, so when we don't win, it's my responsibility. It's disappointing, because we had the right game-plan, we made it difficult for them, created four or five scoring opportunities in the first half and could've killed the game," Gattuso – who is yet to sign a new contract despite speculation – told Sky Sport Italia.

"The regret is that we could've done so much and kept wasting it. We were always four against four and didn’t make the right passes. We know this Verona side loves to play physical football, so we started to do what they wanted. 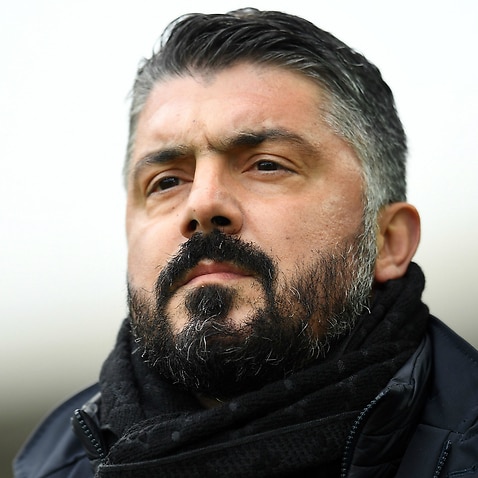 Messi urged to honour Maradona by leaving Barca for Napoli

"All teams have ups and downs this season, we need to clear our minds. I expect what we prepare during the week. We played the first half exactly the way we wanted to, but we did everything wrong in the second half.

"We made the wrong choices. It's not easy, you can't just go to the supermarket and ask for €10 of determination. It can't be brought out of the players just by saying it. It's about the interpretation of the game, we had one in the first half and a totally different attitude after the break."

It was the first time Napoli lost to Verona since suffering a 2-0 Serie A defeat in 2015.