Gennaro Gattuso refused to revel in AC Milan's 3-0 away win at Ludogorets, claiming his side could and possibly should have played better.

Milan took a commanding lead in their Europa League last-32 tie as Patrick Cutrone, Ricardo Rodriguez and Fabio Borini found the net in Bulgaria, extending the Rossoneri's unbeaten start to 2018.

But Gattuso was far from satisfied with the victory due to his belief that the result did not reflect the visitors' poor performance. 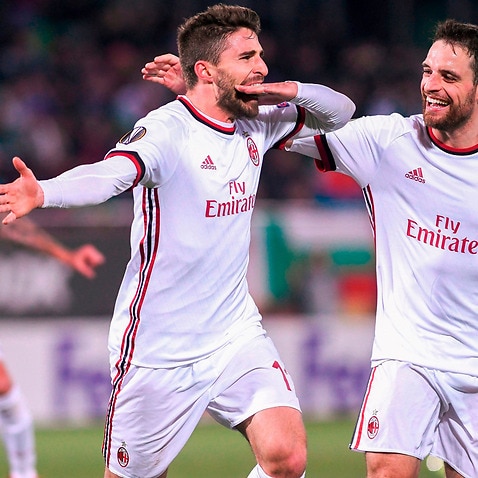 AC Milan win at Ludogorets to remain unbeaten in 2018

"I wouldn't call it the perfect performance as we could have played better, even if it's always difficult in Europe," Gattuso told Sky Sport Italia.

"Ludogorets could have caused us problems, but we are holding on tight to this 3-0 result. I don't think it's a fair reflection of the game, because we could have done so much better.

"I am actually angry, as we didn't develop our attacking moves properly.

"What does reassure me is the growing confidence in the team, even among those who do not play as much. I want everyone to be ready and in good shape when called upon." And Gattuso was in no mood to discuss his future, refusing to be drawn on speculation that he will be offered a contract extension at San Siro.

"I am just enjoying the dream of being Milan coach at the age of 40," he said.

"We will see what happens, but the important thing is not whether or not Gattuso is on the bench. What matters is Milan.

"I have been given this great chance. It is an immense honour and a dream that I hope will last as long as possible."