China's media has hit out at the A-League claiming Australian clubs are 'not good enough' to match it with Asia's best.

Defeats by Sydney FC and Perth Glory to Chinese opposition during the week at the Asian Champions League fuelled the fiery comments as media in China hit out at Australia's form in the AFC Champions League and pointed out that the poor results of Aussie teams in Asia don’t do much for the international reputation of the A-League.

On Wednesday Perth lost 2-1 to Shanghai Shenhua while 24 hours later, Sydney FC took the lead against Shanghai SIPG with a goal after eight minutes from Trent Buhagiar only for two second-half goals from Li Shenglong to give the Chinese team, that had previously not won in six games, a much-needed victory.

"Although Sydney have dominated the A-League in recent years, the gap between the league and Asia is too big,” leading website Sina declared.

“Sydney have won just once in 17 ACL games and their performances overseas are too weak which seriously reduces the image of the A-League." 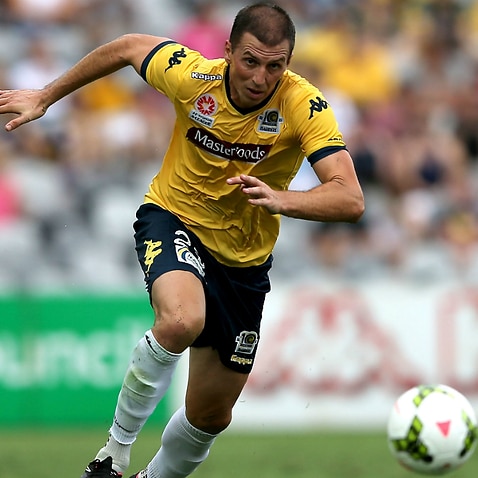 While there was satisfaction from Shanghai SIPG, who had looked disinterested and lethargic in the final stages of the league season that finished earlier this month, got the points, there was a warning from Sports Weekly that they will have to improve in the remaining games in the group stage as they prepare to take on the champions of South Korea and Japan.

“SIPG, just after playing the Chinese Super League, faced the weakest opponent in the group and had some problems and they have to regroup before taking on powerful enemies Jeonbuk Hyundai and Yokohama Mariners, they will face a more severe test.”

Despite the poor results from Australia’s best team, the performance against Shanghai SIPG did earn some praise from media commentators such as the respected Titan Sports newspaper.

“In the first half, Sydney FC tore through the SIPG defence on a number of occasions. SIPG has an advantage over its opponents after just finishing the Super League, SIPG players are in at least a period of good physical and competitive conditions. In addition, Sydney FC had a warm-up with the Australian U23 team before going to Qatar, their last competitive match was at the end of August. They rested for more than two months and did not regroup until early November.”

The newspaper notes that while changes in formation, personnel and tactics from Shanghai boss Vitor Pereria made a difference but so did the fact that also that Sydney grew tired.

“...It should also be noted that in the last 20 minutes, the physical strength of Sydney FC players, who had not had a formal game for a long time dropped seriously, which also gave SIPG more opportunity.”

Noted commentator Ma Dexing also accused SIPG of not doing their homework on Sydney though was happier with the win of Shenhua over Perth. “Defeating an Australian team, especially a ‘rookie’ is nothing special usually but it is for Shenhua who have not won in Asia for over 10 years.”

He hailed the two wins, especially Shenhuia’s victory over Perth, were hailed as a potential turning point for China as they were achieved through the efforts of local players. WATCH: Sydney FC go down to Shanghai as Grant forced to go in goals

This bodes well for the future and should give some self-belief.

“The reason is a certain degree of confidence’” said Sina, “rather than "absolute confidence"-because after all, the overall level of these two Australian teams is still lagging behind that of Japanese and Korean teams, and local players need to compete with Japanese and Korean clubs in the future.”

Melbourne Victory have a chance to restore some A-League pride against Beijing Guoan on Tuesday.