Kingsley Coman wrapped up a 4-2 win for France in the Nations League on Tuesday as he punished a Sweden side who were chasing an equaliser to retain League A status.

Sweden sent goalkeeper Robin Olsen up for a late free-kick as they tried to salvage a draw that would have relegated Croatia, who lost 3-2 to Portugal, but Dejan Kulusevski's delivery was cleared and Coman slotted into the empty net on the break.

Viktor Claesson had put the visitors in front at the Stade de France inside four minutes, but Olivier Giroud equalised before Benjamin Pavard turned the game around in the 36th minute.

Substitute Kylian Mbappe teed up another for Giroud just 70 seconds into his return from injury, before Coman killed the game with the final kick after Robin Quaison's 88th-minute strike gave Sweden hope. 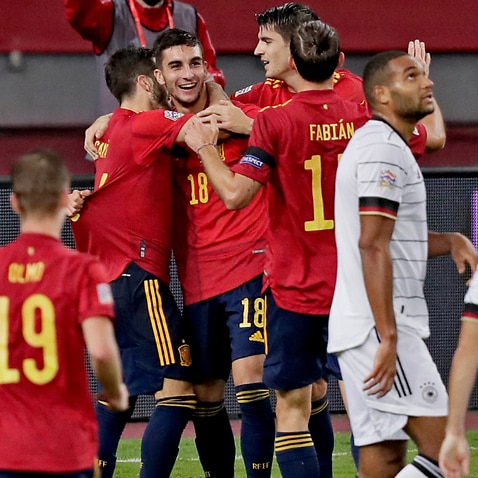 Claesson quickly made his presence felt, pouncing on a botched clearance from Paul Pogba and stabbing the ball into the bottom-right corner with the aid of a deflection off Raphael Varane.

Olsen was unable to get down to Giroud's low drive from Thuram's cutback and it was a deflected shot from the Borussia Monchengladbach attacker that Pavard volleyed brilliantly inside the far post with the outside of his right foot in the 36th minute. 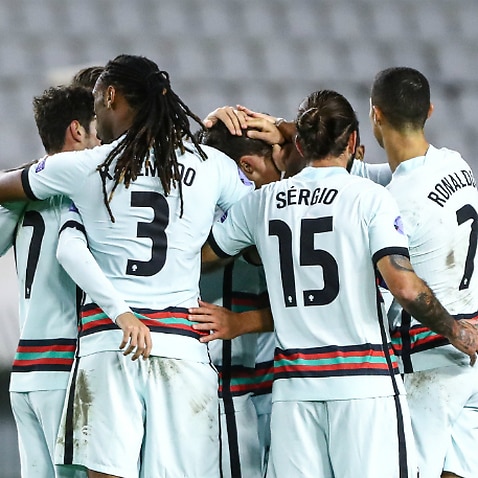 Varane was fortunate not to give away a penalty for a foul on Kulusevski and had to be replaced by Kurt Zouma for the second period due to injury, but France had Mbappe back from a hamstring problem and his delivery was headed home by Giroud before the hour mark.

Quaison was sent on for Claesson and tapped in Pierre Bengtsson's square ball from inside the six-yard box, but Coman made the most of a sloppy delivery from Kulusevski in the fourth minute of stoppage time.

What does it mean? Mixed emotions for PSG

Didier Deschamps decided to call up Mbappe despite the attacker having missed Paris Saint-Germain's past two matches with a hamstring issue.

He was not included in the squad to face Portugal on Saturday but got just over 30 minutes against Sweden and looked sharp, creating two chances and feeling he should have had a penalty.

While club boss Thomas Tuchel would probably have preferred not to see Mbappe involved at all, coming through unscathed means he will like be in better shape for PSG's meeting with Monaco on Friday.

He may have missed some glaring openings in the 2-0 friendly defeat to Finland last week, but Thuram has proved he can cut it at this level. He set up Giroud for the equaliser, which came 17 years and four months after his father Lilian had his last goal involvement for Les Bleus – an assist against Cameroon on June 29, 2003.

Deschamps revealed Lucas Hernandez and Varane were replaced at half-time due to "small problems" they were experiencing. Madrid boss Zinedine Zidane will certainly hope Varane's issue is nothing serious given Sergio Ramos went off with a hamstring issue during Spain's meeting with Germany.

France and Sweden will contest unspecified friendlies in March – the final international break before next year's Euro 2020.