Fledgling coach Robbie Fowler will ultimately springboard from his Brisbane Roar apprenticeship to a next-level coaching career back in England, according to ex-Tottenham Hotspur and West Ham boss Harry Redknapp.

Impressed with how the Liverpool legend is building his post-playing credentials in the A-League, Redknapp - who also had spells in charge of Southampton, Portsmouth, Queens Park Rangers and Birmingham - sees a long-term strategy unfolding.

“Robbie’s a great lad ... I know him well and I can see him one day returning home for the next stage of his career,” Redknapp told The World Game.

“His ultimate goal will be to get on with it in Australia, make his mark and show people what he can do.

“Beyond that, I see him coming back to England and managing here, hopefully at a very good level.

“For him, Australia is a bit of a learning curve. I follow the league there and he’s been doing well.” After a shaky start to his tenure at a rebuilt Roar, Fowler had guided Brisbane to fourth place on the ladder prior to COVID-19 lockdown.

He is currently back in England with his family, awaiting the resumption of the A-League.

Roar training is due to commence on June 15, hopefully ahead of a July return to action in a condensed format likely to conclude in August.

“I see Australia as a springboard for Robbie,” Redknapp said.

“He’s a very determined and driven character and he’s working hard to show he has what it takes.

“It’s a different ball game being a coach, but he’s got the hunger and desire to go a very long way.

“He just wanted the opportunity and to uproot himself and go to Australia shows how keen was to get involved and build a reputation as more than just a great player.

“It’s a big step in his life to do that and he wants to prove himself - and I’m sure he will.”

Redknapp believes the innate respect Fowler demands from his playing days gives him a head-start, but is ultimately only a small part of the picture.

“He’s a confident boy and players, who work with him, will respect him for what he’s achieved in the game,” he said.

“Given the right tools and the right club to work with, he can make a success of it. The same goes for any manager.

“Robbie knows that being a terrific player only takes you so far - but he’s one of those types who’s always wanting to learn.

“He’ll be putting everything he has picked up so far into being a top coach.

“He knows the game inside out and there’s no reason he shouldn’t be very successful in managing.” 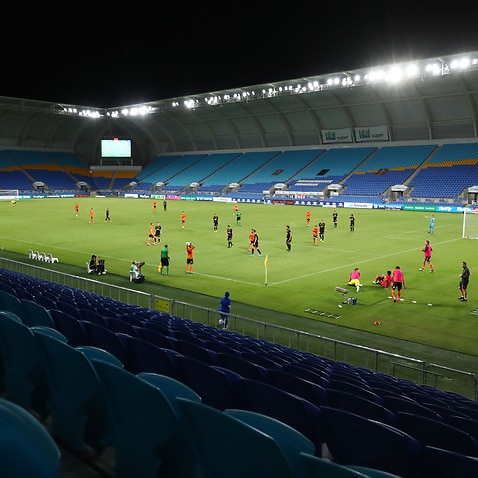 Fowler spoke of his ambitions earlier this week, telling Optus Sport: “I would never sort of disrespect Brisbane Roar and say 'I'm using this as a stepping stone and I want to come back straightaway (to England)'.

"I think eventually, I will do. I know what I want to do and I know what I've got to do. That's always been the case with me.

"I am ambitious. I'm exactly the same now as I was as a player, I want to try and manage at the very, very best level I can.”

Having briefly been involved in an advisory role with Central Coast Mariners, hopes that Redknapp might buy into the A-League were briefly raised last week when the 72-year-old said he was thinking of acquiring a football club.

However, he ruled out any future involvement in the competition, declaring: “Australia would be too much of a stretch for me - it’s just too far.

“I want to be buy somewhere where I can be involved on a daily basis - maybe a lower division club EFL club or one in the National League.

“I follow the game in Australia but I need something to keep me busy at home.

“Australia would involve too much traveling, especially at my stage of life.

“I love going to Australia but that journey is a bit of a killer for me now.

“I wasn’t that involved with the Mariners, but I enjoyed my association with them and I keep an eye on the league out there.”